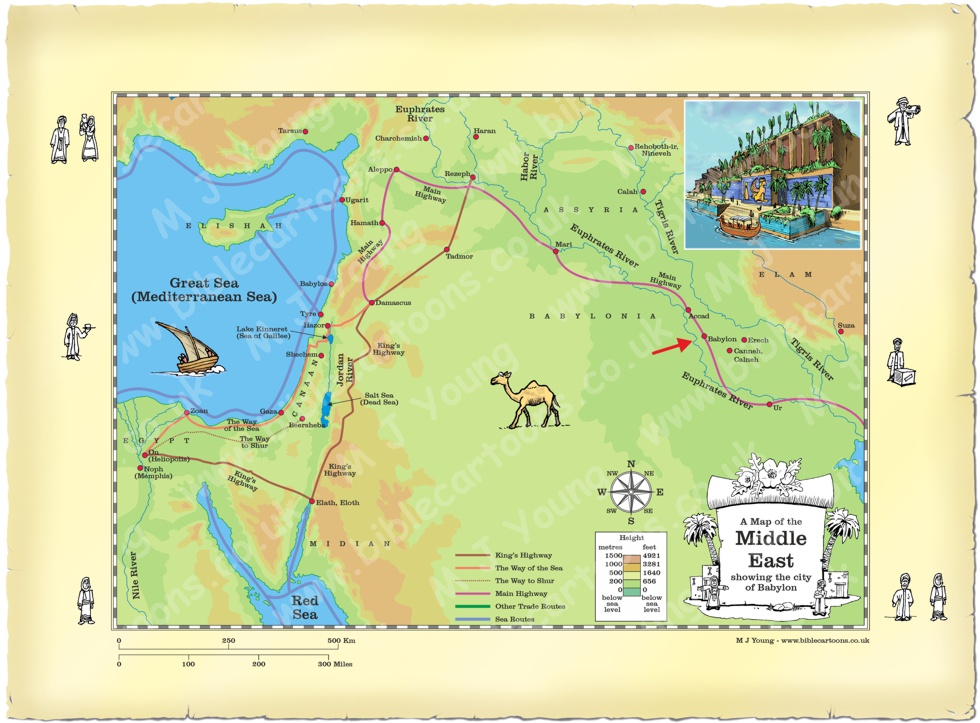 This is my map of the Middle East, showing the position of the city of Babylon. The first mention of Babylon is found in genesis 10:10 (see below). About 1830 B.C. the city began its rise to prominence.

The city of Babylon reached the height of its glory in the reign of Nebuchadnezzar II (605-562 B.C.).

Babylon is mentioned in the Bible in a figurative sense, as well in relation to the physical city itself. Babylon is mentioned about 260 times in 15 books (of 66) in Scripture; being 2nd in importance only to Jerusalem. Biblically always viewed in opposition to each other, Babylon is considered the Devil’s city while Jerusalem is viewed as God’s city.

Date
Babylon was founded at some point prior to the reign of Sargon of Akkad (aka Sargon the Great) who ruled from 2334-2279 B.C.

Bible References
Genesis 10:8-10 (NLT)
8 One of Cush’s descendants was Nimrod, who became a heroic warrior. 9 He was a mighty hunter in the LORD’s sight. His name became proverbial, and people would speak of someone as being “like Nimrod, a mighty hunter in the LORD’s sight.” 10 He built the foundation for his empire in the land of Babylonia, [1] with the cities of Babel, Erech, Akkad, and Calneh.