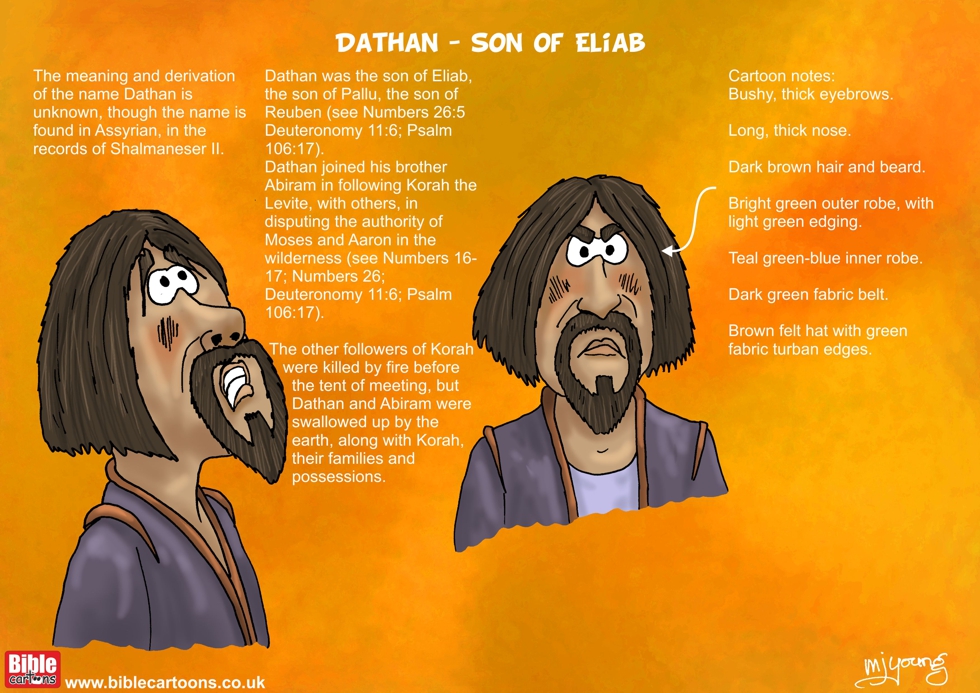 This is my character sheet, or design specification, for Dathan – son of Eliab, who was a member of a rebellion against the leadership of Moses and Aaron after the Exodus and during the wilderness years.

The purpose of this sheet is to keep a record of the attributes or characteristics of my drawing, so that I can draw a similar-looking cartoon in all future scenes showing Dathan. I have included a brief personal history on the sheet as well.

Personal History
The meaning and derivation of the name Dathan is unknown.

These brothers, along with On son of Peleth, Korah son of Izhah & 250 other men joined together to oppose Moses’ leadership of Israel, after the Exodus out of Egypt. After refusing to be summoned by Moses, the two brothers, Korah and their families and possessions were swallowed up when the earth cracked open a moment after Moses spoke about it! (see Numbers 16:31-33)