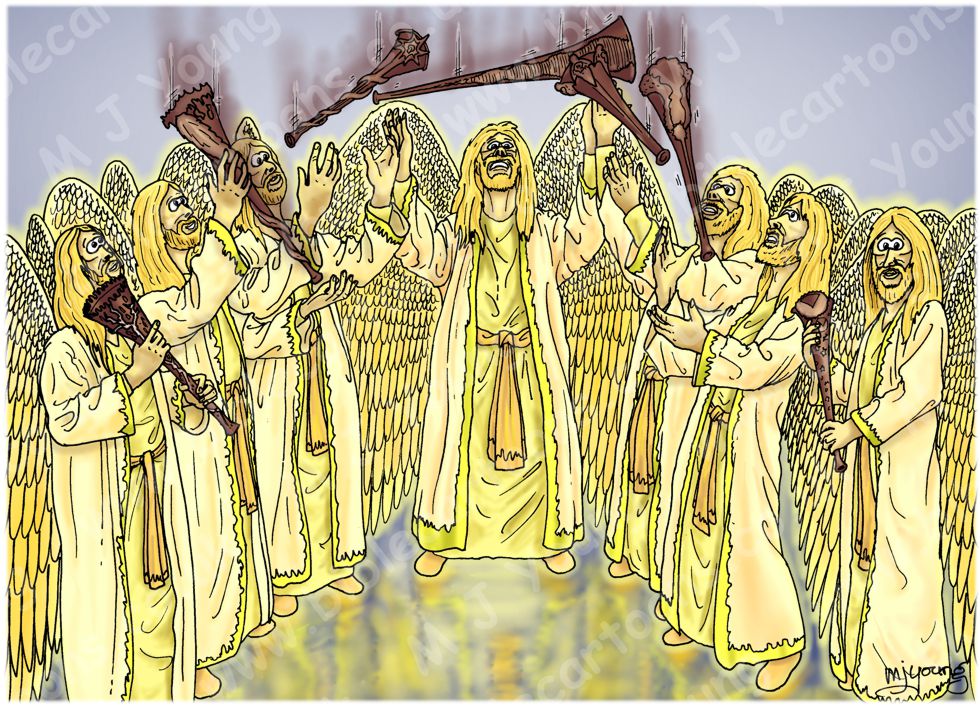 Revelation 8:1-2 (ANIV)
The Seventh Seal & the Golden Censer
1 When he opened the seventh seal, there was silence in heaven for about half an hour.
2 And I saw the seven angels who stand before God, and to them were given seven trumpets.

LIGHTING NOTES:
Heaven is full of light and the angels have a glow about them all of which illuminates this scene.

The seven trumpets given to the seven angels are descending from God above. I decided to make each of the trumpets bodies represent the judgement type that it brings. Below is the sketch I drew of the various designs. 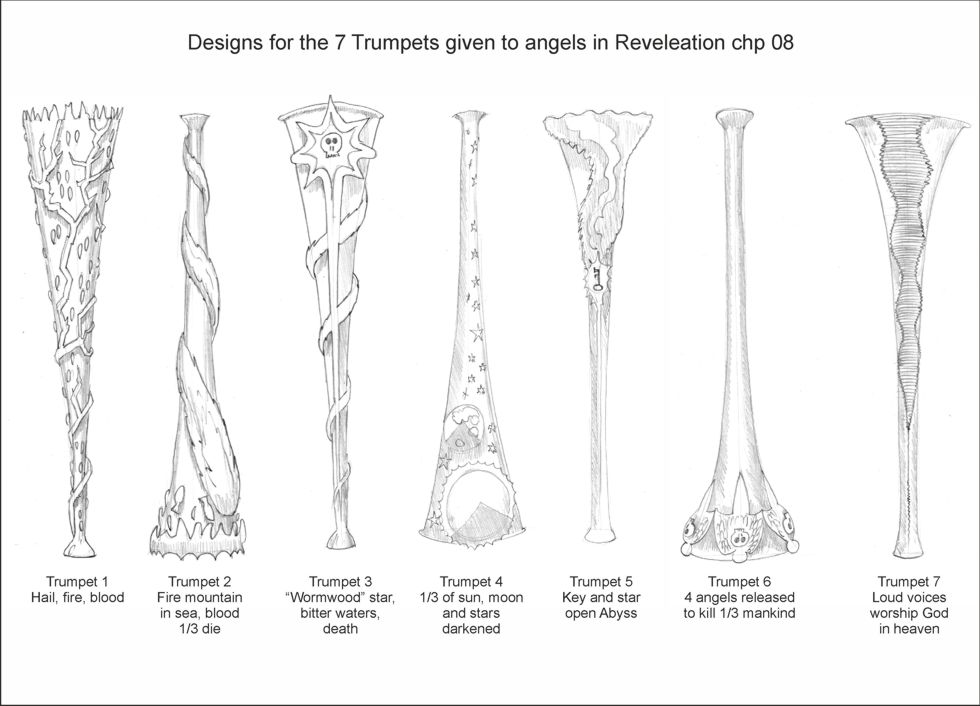