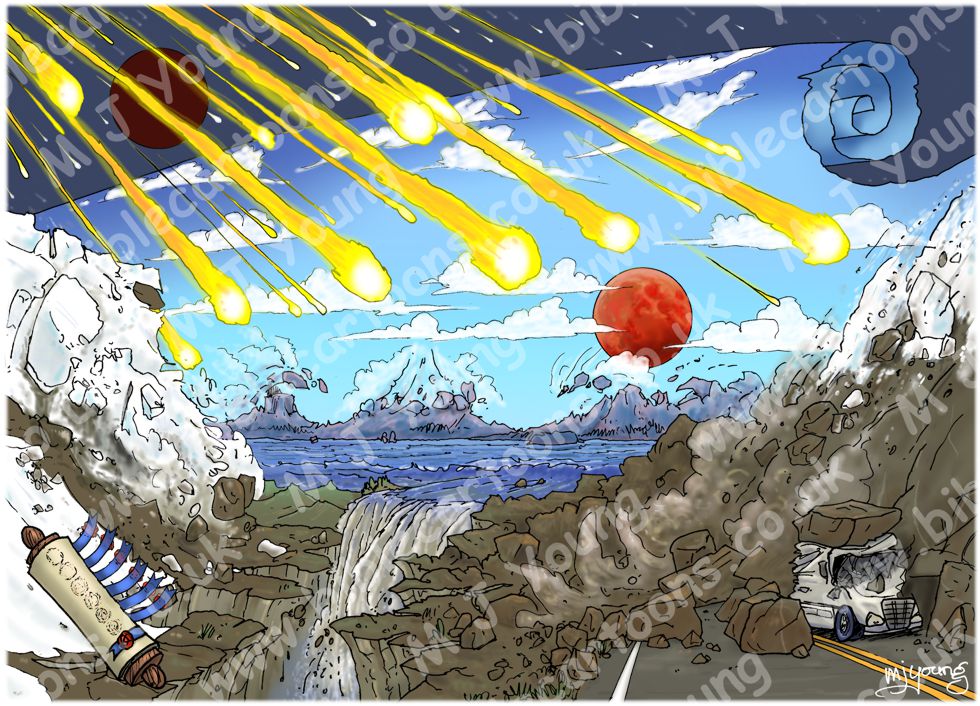 Revelation 6:12-14 (ANIV)
12 I watched as he opened the sixth seal. There was a great earthquake. The sun turned black like sackcloth made of goat hair, the whole moon turned blood red, 13 and the stars in the sky fell to earth, as late figs drop from a fig-tree when shaken by a strong wind. 14 The sky receded like a scroll, rolling up, and every mountain and island was removed from its place.

I really enjoyed drawing and colouring up this scene, even though the subject is pretty serious. There is lots of drama and action included, which made the scene fun to draw. The great earthquake is represented in the picture by the snow and rock avalanches in the foreground, and by the islands on the horizon, which are slumping and tumbling down; literally “every mountain and island was removed from its place.” (verse 14). Notice the truck in the right foreground, which has been partially crushed under a huge rockslide. I also decided to include a great jagged tear in the ground (in the left foreground) into which the sea is pouring like a great waterfall.

The sun is the dark red disc in the top left of the picture, with the blood red moon in the middle/right of the cloudy sky. The stars falling to earth add a dramatic sweep of fiery yellow and orange across the sky, which is “receding like a scroll, rolling up”. 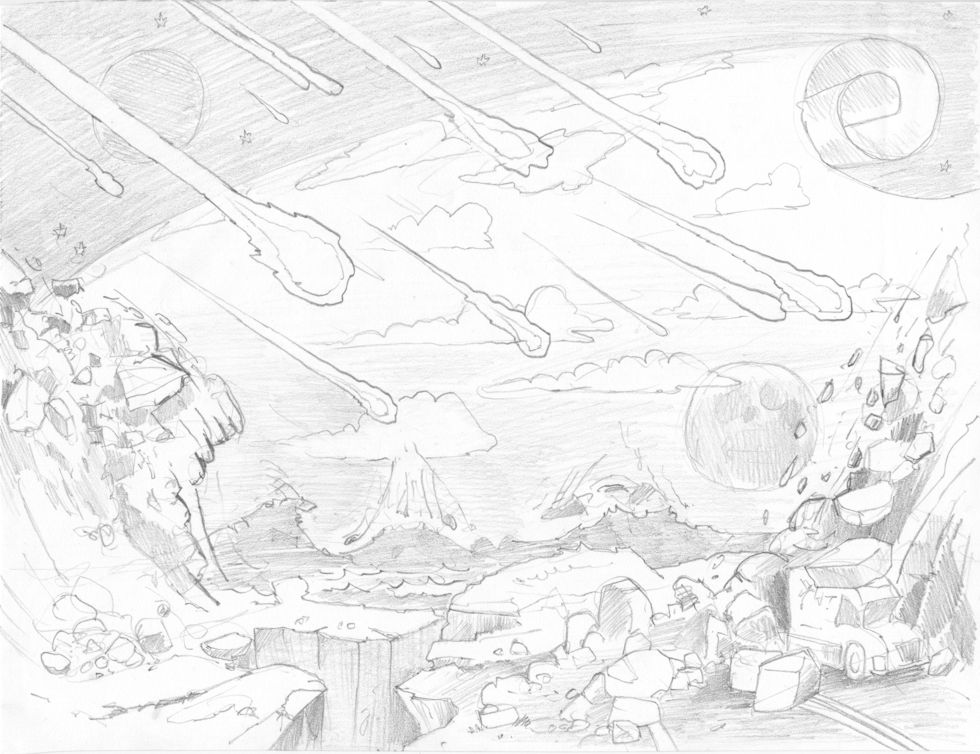