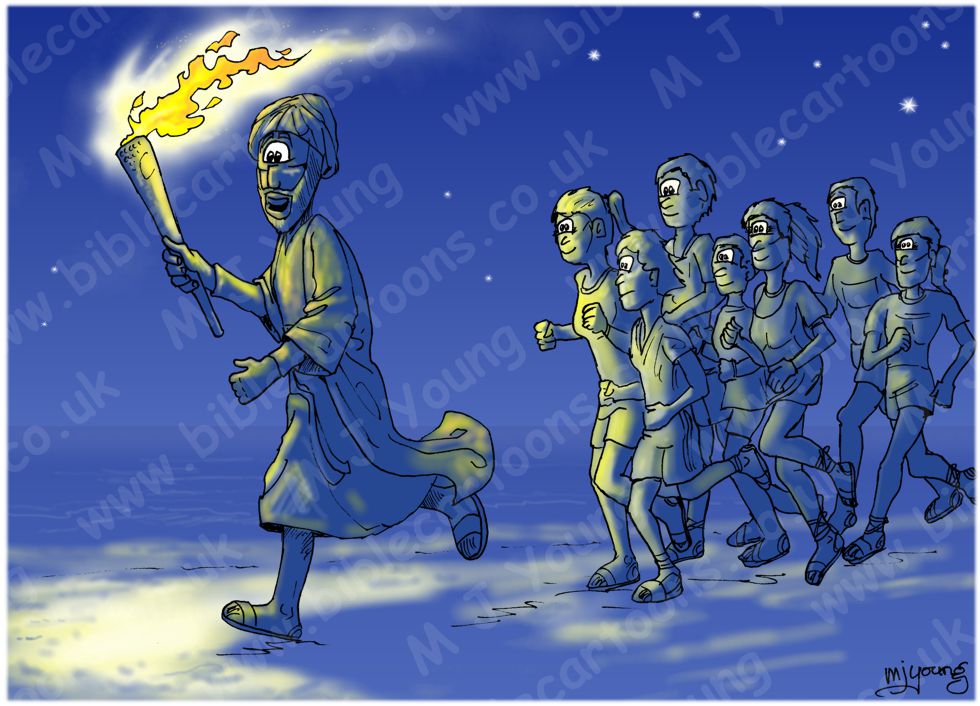 LIGHTING NOTES:
The torch held by the front runner provides the main source of yellow-white light for this scene.

CHARACTERS PRESENT:
A man running along a beach at night, carrying a torch, followed by children running behind him.

RESEARCH/ADDITIONAL NOTES:
Psalm 119 is an example of a Wisdom psalm, which probe life’s mysteries to teach the congregation about itself & God.

This scene was drawn on 12th July 2012, in the run up to the Olympics in London (excuse the pun.) In it’s original form I produced a greyscale drawing – a black & white, pen & ink drawing, using only shades of black, white & grey (see below). This is the same picture, with various shades of blue & yellow introduced.

Here’s the scene in the original greyscale form. 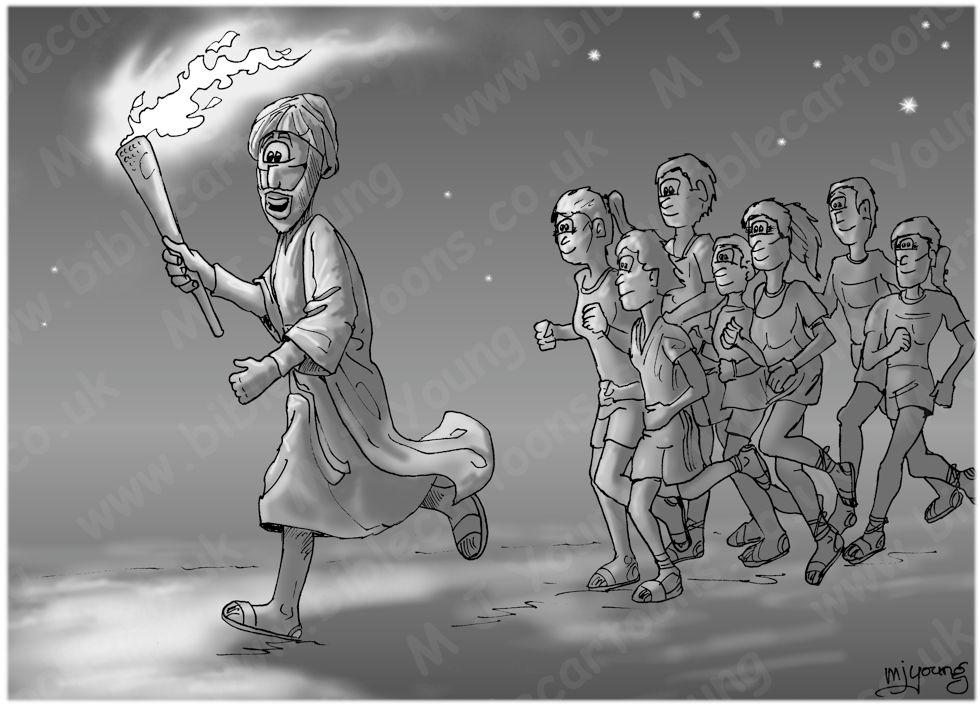 Although intended to celebrate the Olympic torch, this scene is also a depiction of the Bible (God’s Word) which similarly illuminates a Christian’s path & helps us to run confidently into the future.