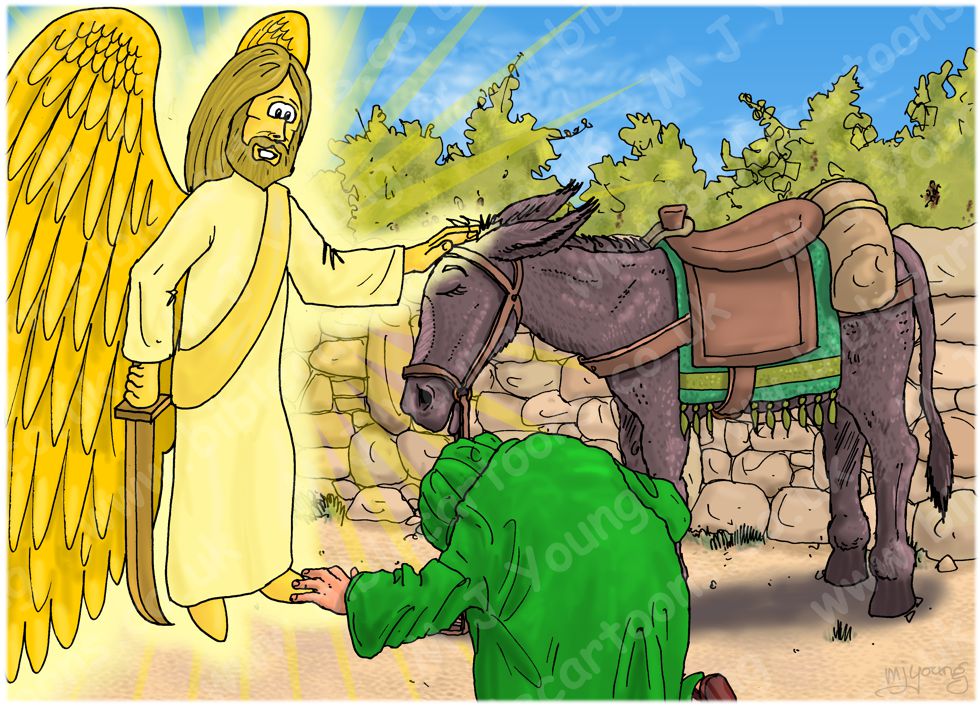 Numbers 22:31-35 (ANIV)
31 Then the Lord opened Balaam’s eyes, and he saw the angel of the Lord standing in the road with his sword drawn. So he bowed low and fell face down. 32 The angel of the Lord asked him, “Why have you beaten your donkey these three times? I have come here to oppose you because your path is a reckless one before me. [1] 33 The donkey saw me and turned away from me these three times. If she had not turned away, I would certainly have killed you by now, but I would have spared her.”
34 Balaam said to the angel of the Lord, “I have sinned. I did not realise you were standing in the road to oppose me. Now if you are displeased, I will go back.”
35 The angel of the Lord said to Balaam, “Go with the men, but speak only what I tell you.” So Balaam went with the princes of Balak.

[1]
The meaning of the Hebrew is uncertain.

TIME OF DAY:
Verse 21 tells us it is morning. Just after the previous scene.

CHARACTERS PRESENT:
Balaam, son of Beor is kneeling, his donkey is being stroked by an angel of the Lord.

RESEARCH/ADDITIONAL NOTES:
This is the final picture in this set of Bible Cartoons that tells the story of Balaam’s donkey. After all those beatings I thought it was time the poor animal was made a fuss of by the angel! Notice the donley’s eyes are closed, and she is not afraid of the angel any more. Balaam on the other hand is quckly bowing to the ground before this supernatural being that he ahs just become aware of.

Here is the scene without the figure of Balaam in the foreground. 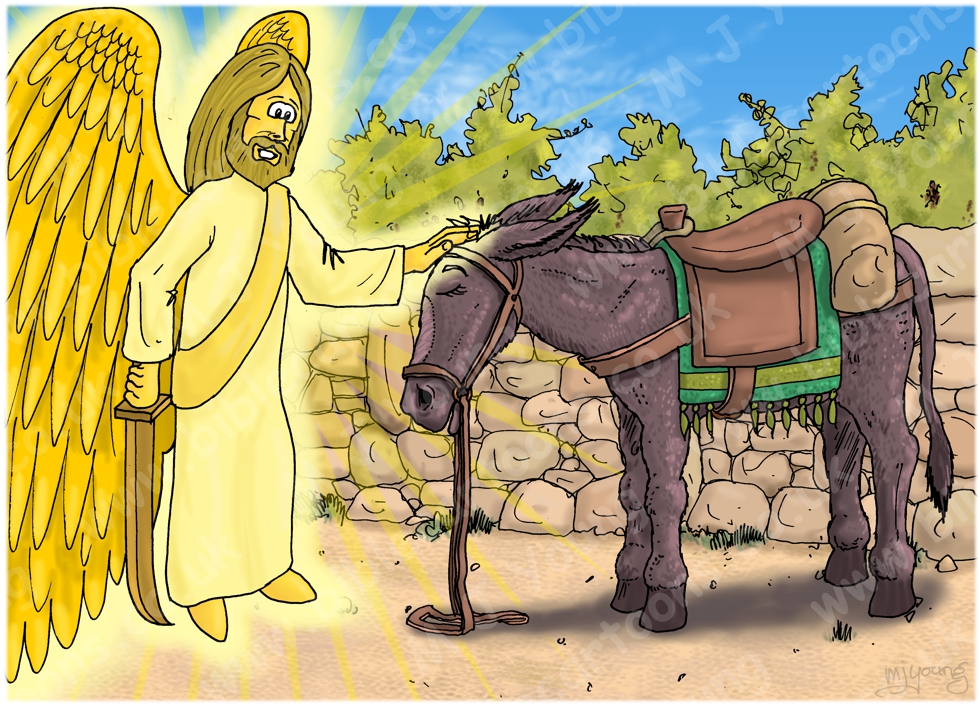 Here is the scene without any of the figures or donkey in the foreground. 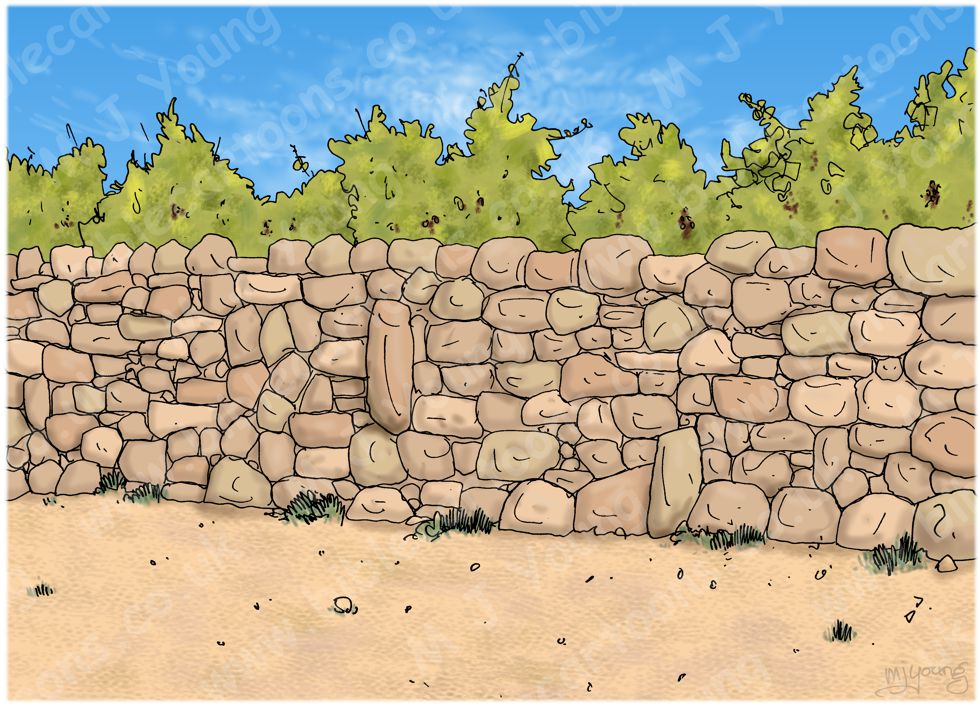