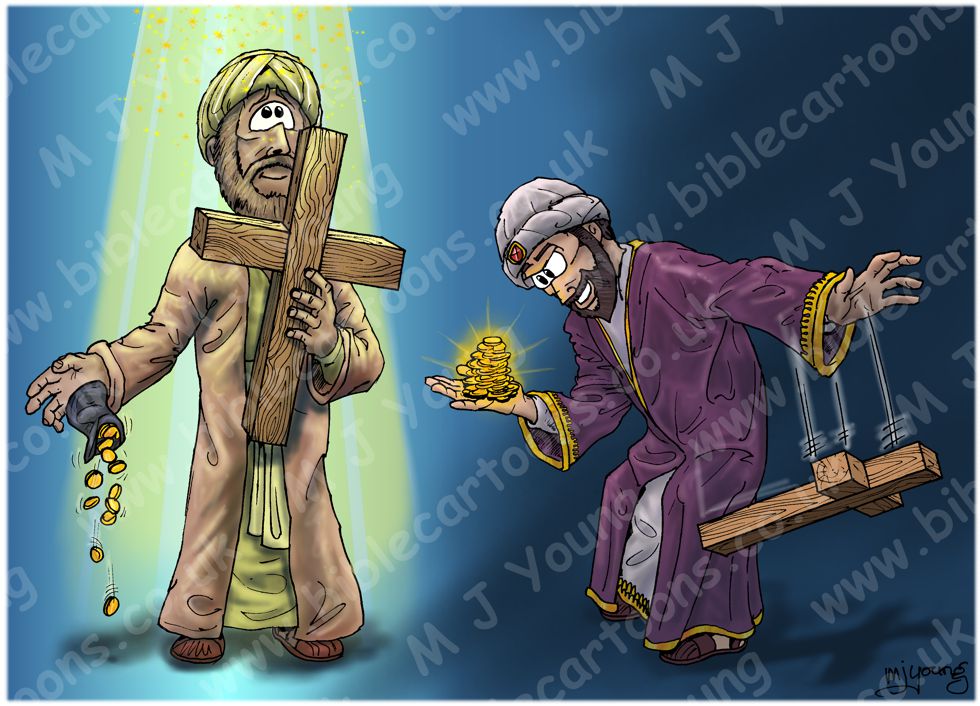 Matthew 6:24 (ANIV)
[Jesus said] “No-one can serve two masters. Either he will hate the one and love the other, or he will be devoted to the one and despise the other. You cannot serve both God and Money.”

LIGHTING NOTES:
Light is from heaven, shining down on the man on the left.


This cartoon is one of many, which together will illustrate the complete “Sermon on the Mount.

I decided to have the man who accepts the mastery of Jesus holding a wooden cross to his chest. Notice also that a bag of money is slipping out of his hand, showing that money is NOT his master! He is bathed in the light of heaven, complete with little golden stars!

The man on the right (in contrast) is gradually being overcome with dark shadows. He is gleefully holding gold coins in his hand & has a covetous expression on his face. Indeed, I have made his face reflect the gold he desires. But the darkness is closing in around him. He doesn’t realise that the money he craves is actually his master.

To read the Blog article regarding this cartoon follow the link below:

Blog article “Money’s not my master…is it?”