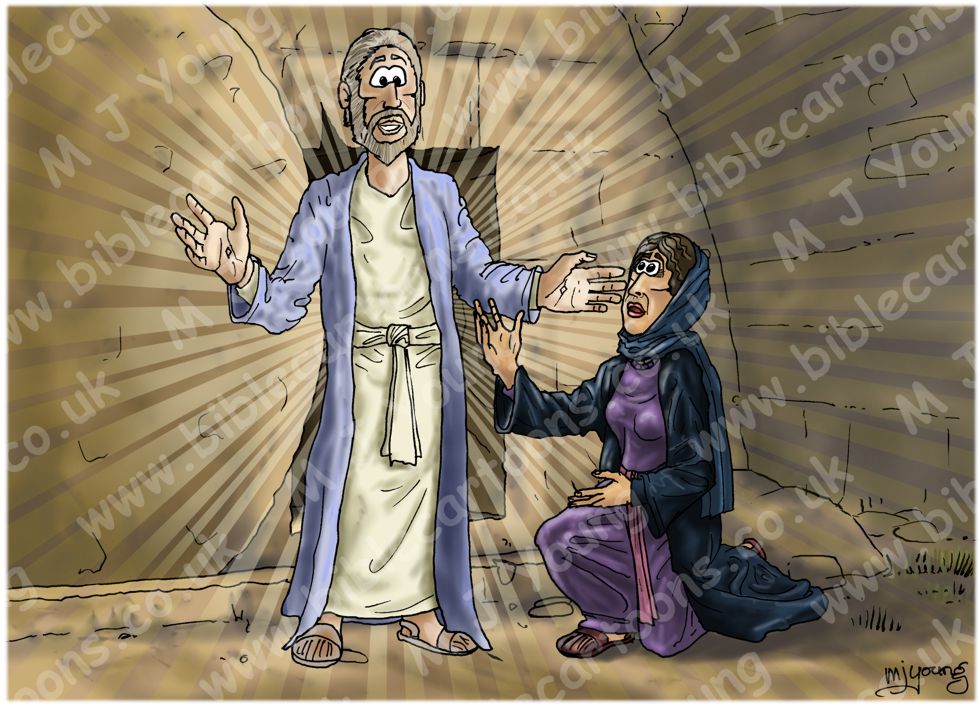 Mark 16:9 (NLT)
[Longer Ending of Mark]
It was early on Sunday morning when Jesus rose from the dead, and the first person who saw him was Mary Magdalene, the woman from whom he had cast out seven demons.

TIME OF DAY:
Verse 9 tells us it was early Sunday morning.

LIGHTING NOTES:
The sun is rising on the right of the scene (in the east) & casting shadows on the left of the background rocks. A brighter light source is the radiating light coming from the risen Jesus.

There are two versions of this scene:
01) (This page) Mark 16 – Resurrection of Jesus – Scene 06 – Mary Magdalene (Worship version). In which the resurrected Jesus appears to Mary Magdalene near the tomb.

02) (Next page) Mark 16 – Resurrection of Jesus – Scene 06 – Mary Magdalene (Daemon version). In this version Jesus the Christ is casting out the seven daemons or evil spirits that were in Mary Magdalene. This event would have happened before the crucifixion & resurrection, probably when Jesus first met Mary.

I suspect that the other women (Salome & Mary the mother of James the Less) may have been present at this time, since they were recorded as being with Mary Magdalene in March 16 verses 1-8. However, they are not specifically mentioned in verse 9, so I have decided to omit them.

The yellow & white radiating lines emanating from Jesus are meant to indicate his resurrected nature. They are also present in the previous scene (Mark 16 – Resurrection of Jesus – Scene 05 – Jesus’ Message) which I completed a year ago (March 2015)!

I case you are wondering what the empty tomb entrance looks like with out the figures, here it is. 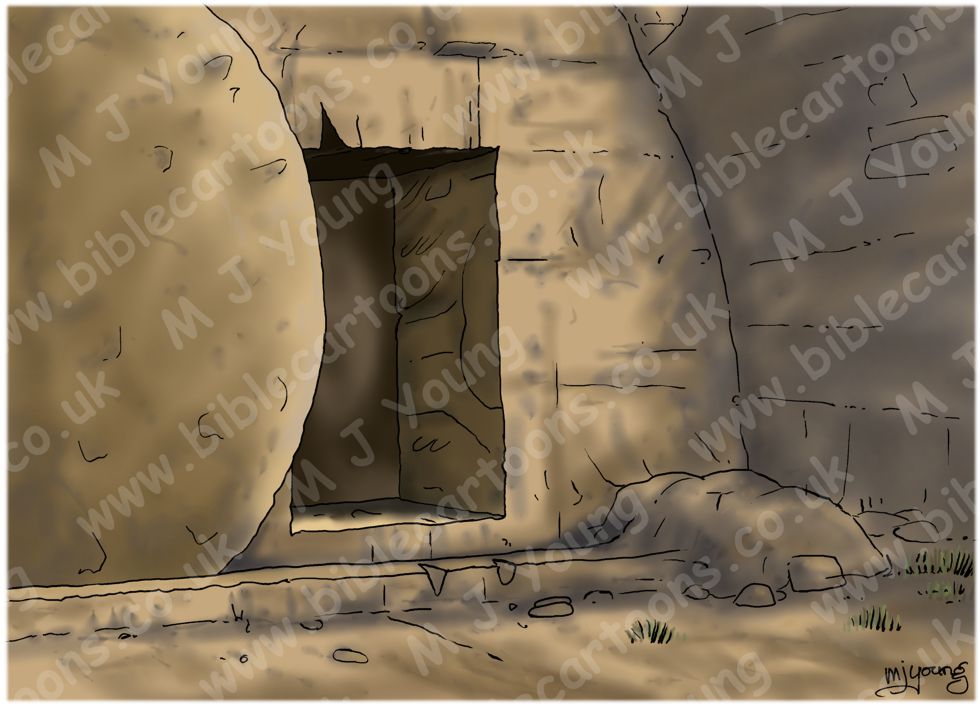