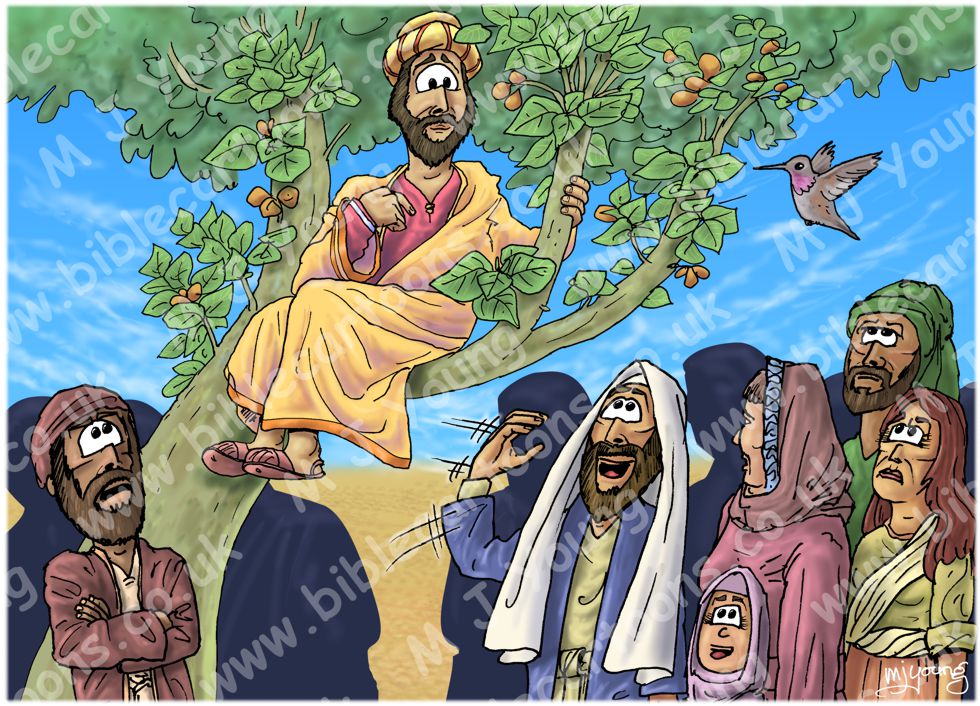 Luke 19:5 (NLT)
When Jesus came by, he looked up at Zacchaeus and called him by name. “Zacchaeus!” he said. “Quick, come down! I must be a guest in your home today.”

TIME OF DAY:
The time is not specified by the Bible text. I have set this scene in the late morning, as in Scene 01.

LIGHTING NOTES:
Sunlight from above illuminates the scene.

CHARACTERS PRESENT:
From left to right: an unnamed man, Zacchaeus (up the tree), Jesus the Christ gesturing for him to come down, various unnamed Hebrew people in the crowd.
A hummingbird.

RESEARCH/ADDITIONAL NOTES:
This scene is based on the next page (Scene 04a – Who Me?) but I have added additional figures in the crowd and have represented a background crowd as I have in Scene 0, using dark silhouetted figures.

Notice the expressions of the crowd; I was aiming for hostility towards Zacchaeus. He was despised by most people because he was a tax collected for the hated occupying Roman empire. Fortunately Jesus saw faith in him and gave him a second chance to be redeemed…something Zacchaeus jumped at!