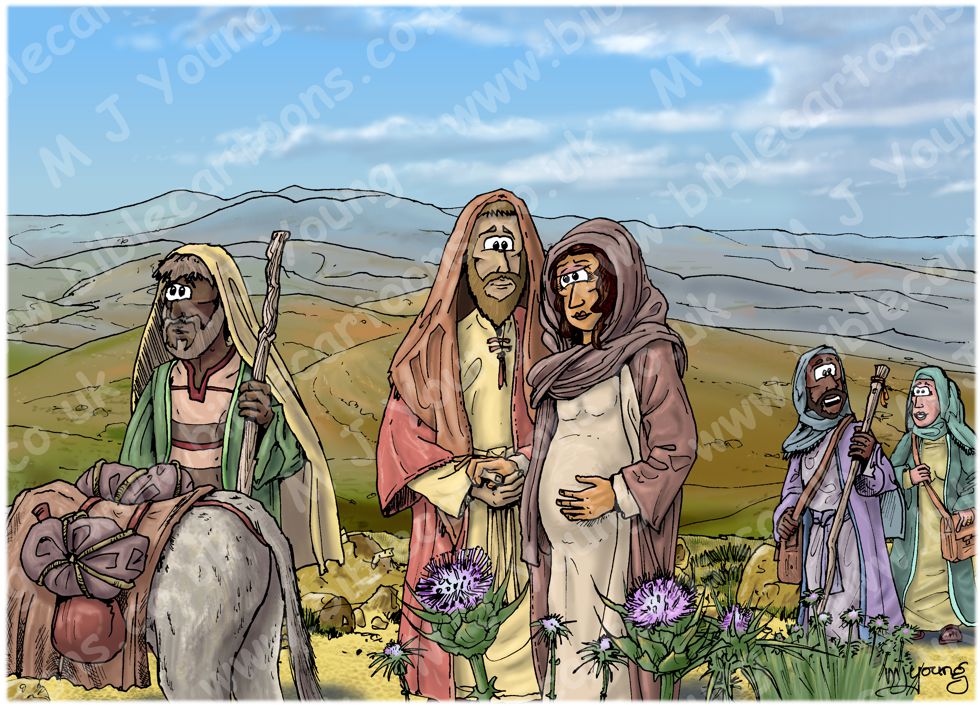 LIGHTING NOTES:
The sun is on the left (west) of this scene.

This is the second of the WALKING versions, showing Mary (with Joseph) walking to Bethlehem, with light, daytime sky & lighter bakground hills behind.

On the next 2 pages can be seen the RIDING versions, which show the more typical scene: Mary riding on a donkey.

This scene shows Joseph & Mary resting briefly as various relatives &/or fellow travellers move along the track. The scene is set in the Jordan valley, with the hills of Samaria in the background. 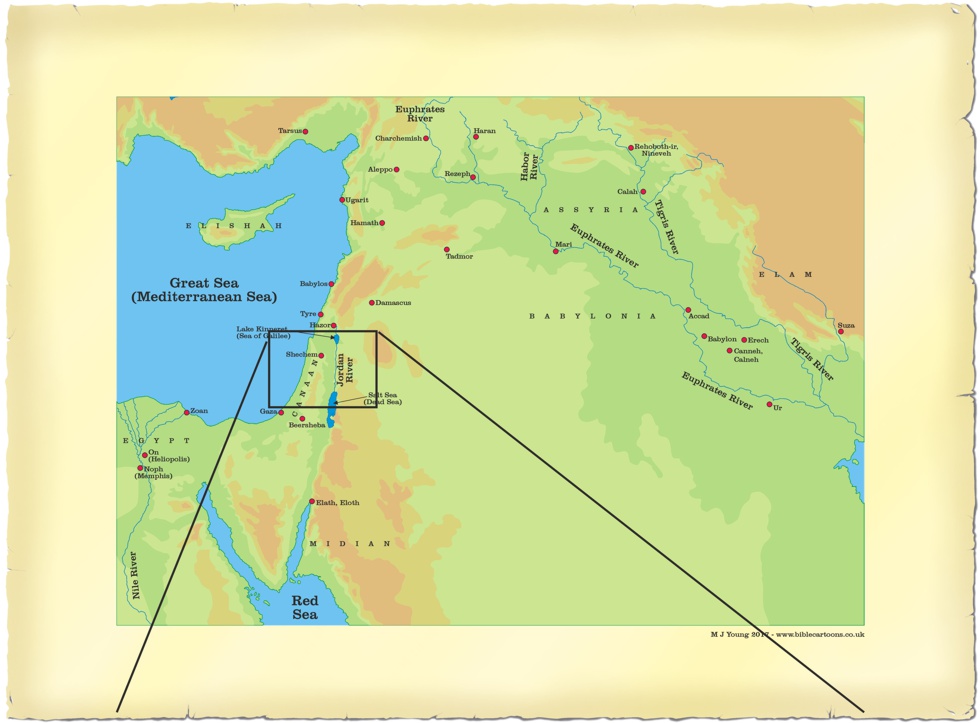 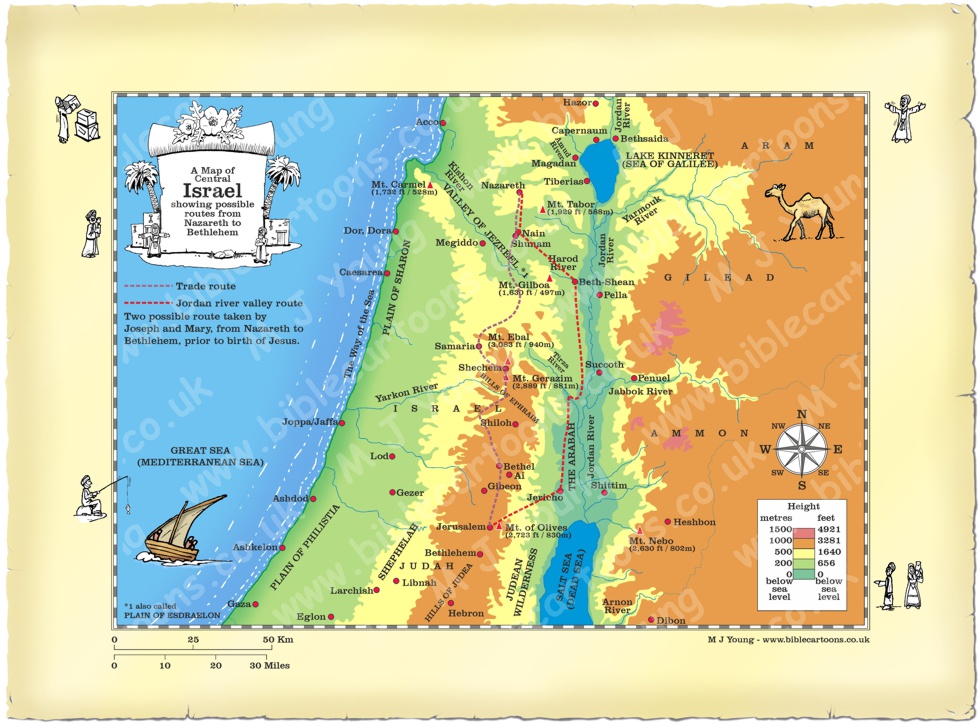