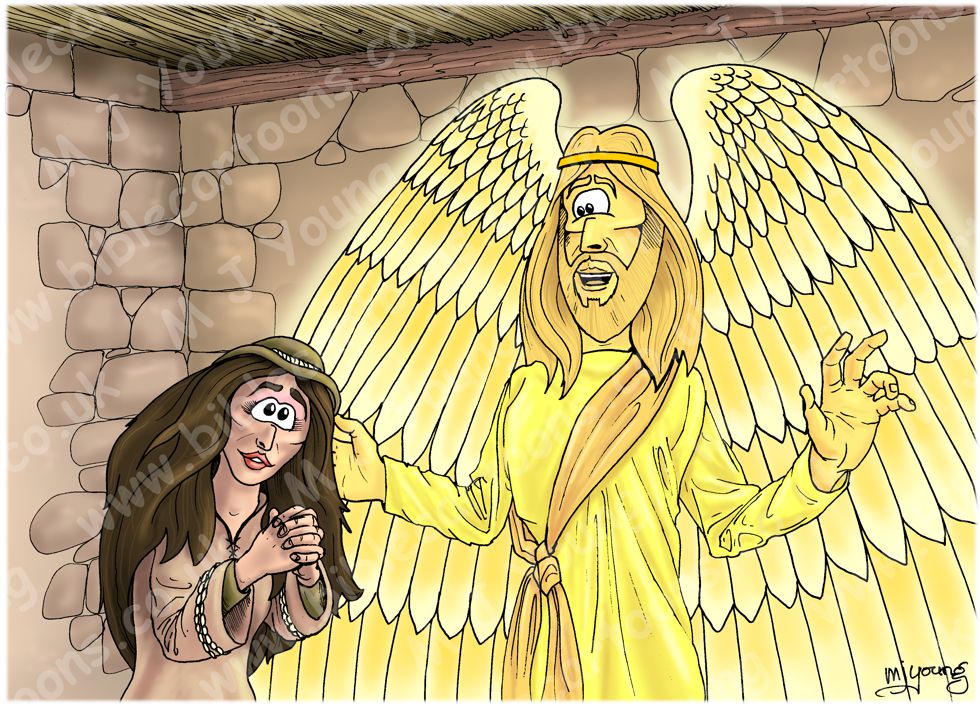 Luke 1:29-38 (NLT)
29 Confused and disturbed, Mary tried to think what the angel could mean. 30 “Don’t be frightened, Mary,” the angel told her, “for God has decided to bless you! 31 You will become pregnant and have a son, and you are to name him Jesus. 32 He will be very great and will be called the Son of the Most High. And the Lord God will give him the throne of his ancestor David. 33 And he will reign over Israel [1] forever; his Kingdom will never end!”
34 Mary asked the angel, “But how can I have a baby? I am a virgin.”
35 The angel replied, “The Holy Spirit will come upon you, and the power of the Most High will overshadow you. So the baby born to you will be holy, and he will be called the Son of God. 36 What’s more, your relative Elizabeth has become pregnant in her old age! People used to say she was barren, but she’s already in her sixth month. 37 For nothing is impossible with God.” [2]
38 Mary responded, “I am the Lord’s servant, and I am willing to accept whatever he wants. May everything you have said come true.” And then the angel left.

[2]
Some manuscripts read, For the word of God will never fail.

TIME OF DAY:
Indeterminate from the Bible quote above.

LIGHTING NOTES:
Glow from angel forms the lighting for this cartoon.

RESEARCH/ADDITIONAL NOTES:
This is essentially a re-draw of the very early Bible Cartoon in the previous scene (Luke 01 – The Nativity – Births foretold – Scene 07 – Angel Gabriel & Mary.) As you can see, this rendering is far more sophisticated than my early Bible Cartoons. The angel’s robes & wings have much more detail, whilst facial expressions & hand gestures are now more dynamic & realistic.
I decided to keep Mary’s clothing colour & design features (the neckline & cuff details) the same, so that the two scenes still resemble each other.
Mary has a scarf over her hair, but it looks a bit like a hat from the angle we see it! I wanted her to have loads of hair, which looks a little wild & unmanageable, sort of youthful & free.

Mary was probably a teenager (maybe 14 or 15 years old) when she became pregnant with Jesus. I wanted to make here appear young & have given her masses of hair & long eyelashes to that end.

The drawing design for the angel Gabriel comes from the earlier scene of Gabriel with Zechariah in the temple of Jerusalem (scene 04 in this series.)

Unlike her relative Zechariah, Mary believed the angel Gabriel’s message from the Lord saying, “I am the Lord’s servant, and I am willing to accept whatever he wants…” Such obedience & acceptance, based on simple faith always pleases the Lord.

“The angel told Mary she would have a Son. This Child would be the “Son of the Most High.” He would be of the Davidic line, and would be King over Israel, fulfilling the Old Testament covenant promises. In this one Person, Deity and humanity would be perfectly blended. In this one Person, all the promises of God and all the purposes of God for humankind would be fulfilled.
Like Zechariah, Mary too blurted out a question. “How will this be, since I am a virgin?” (Luke 1:34) The angel’s response echoed another Old Testament prophecy: “A virgin shall bear a child, and you will call his name Immanuel” (Isaiah 7:14). There was to be no human father. The power of the Holy Spirit was to supernaturally invest an ovum with the germ of life, and the Child to be born would be God the Son (Luke 1:35).”
(Source: The Teacher’s Commentary.) 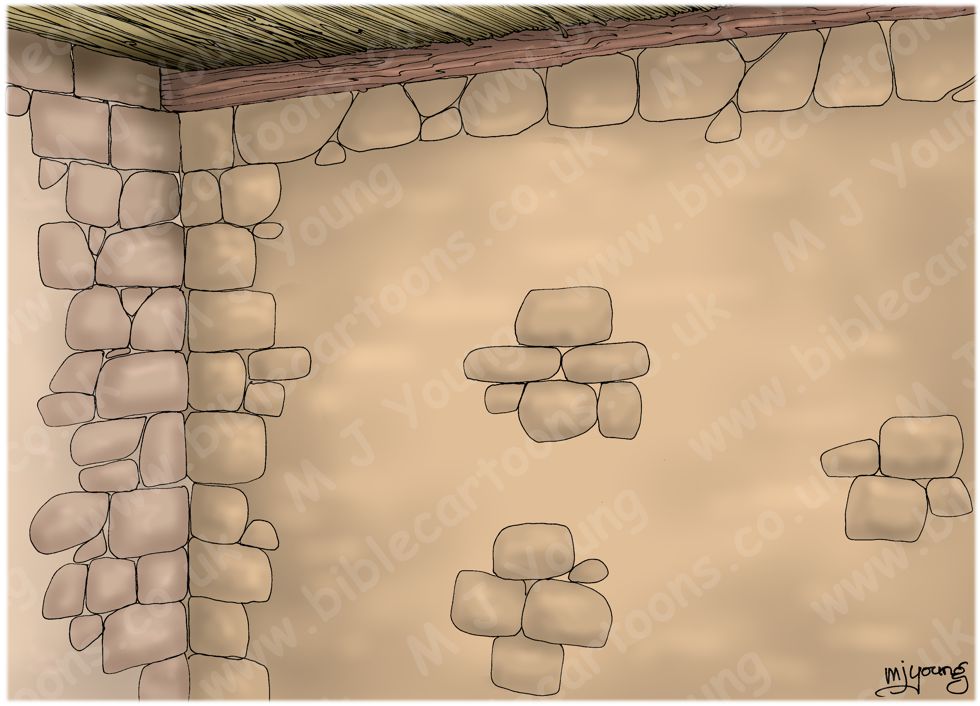