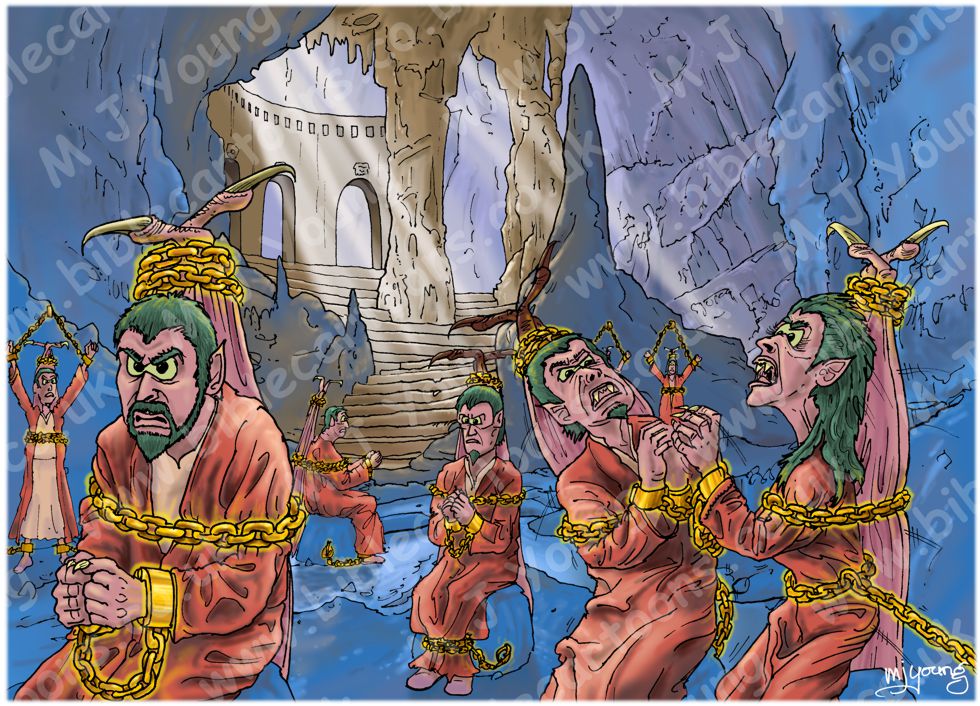 Jude 01:5-7 (NLT)
[The Danger of False Teachers]
5 So I want to remind you, though you already know these things, that Jesus [1] first rescued the nation of Israel from Egypt, but later he destroyed those who did not remain faithful. 6 And I remind you of the angels who did not stay within the limits of authority God gave them but left the place where they belonged. God has kept them securely chained in prisons of darkness, waiting for the great day of judgment.

[1]
As in the best manuscripts, various other manuscripts read, Lord, or God, or Christ; one reads, God Christ.

LIGHTING NOTES:
Beams of light from above the stone steps at the back of the cavern illuminate this scene.
The gold chains are also glowing & adding a reflected golden glow to the figures.

RESEARCH/ADDITIONAL NOTES:
There are two versions of this scene:
01) Previous page – The fallen angels are green in colour. This version is a little harder to make out, as both the background (cool blues) & fallen angels (greens) are similar in colour contrast. I was keen to draw fallen angels in that green colour though!

This picture is inspired by verse 5 “… the angels who did not stay within the limits of authority God gave them but left the place where they belonged. God has kept them securely chained in prisons of darkness, waiting for the great day of judgment.”

You can see 8 fallen angels depicted in my scene (one is almost obscured by the squabbling pair in the foreground!), though there are probably a lot more than that in God’s specially designed dungeon! 3 are chained standing against walls, the remainder are chained, sitting on rocks.

I decided to draw the fallen angels with bat-like wings, complete with finger-like talons. Notice that golden chains are wrapped around the bodies, hands, feet & wings of the fallen angels. These chains are created by the Lord God in heaven, so there is no possibility of escaping those bonds! The golden glow of the chains & manacles is my way of depicting that the Lord God has created them. 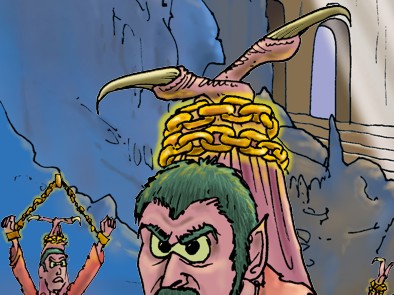 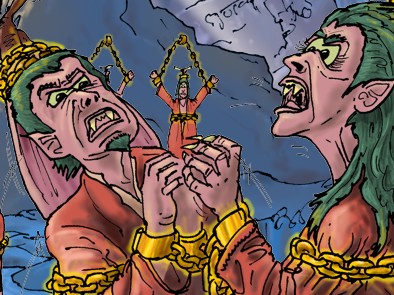 I decided to depict an entrance court, with stone steps leading down into the prison. From this entrance comes the light that depicts the scene. Ideally I should have made a very dark scene (the “prisons of darkness” mention in the verse above), but that is unsatisfactory in terms of the viewer seeing what is going on in the picture! Hence I needed to introduce a logically placed source of light. God’s glory & power are the light source. You can make out reflected light in 2 streams of water that run together in the centre of the scene, which is easier to see in the Landscape version (see below) without the figures present. 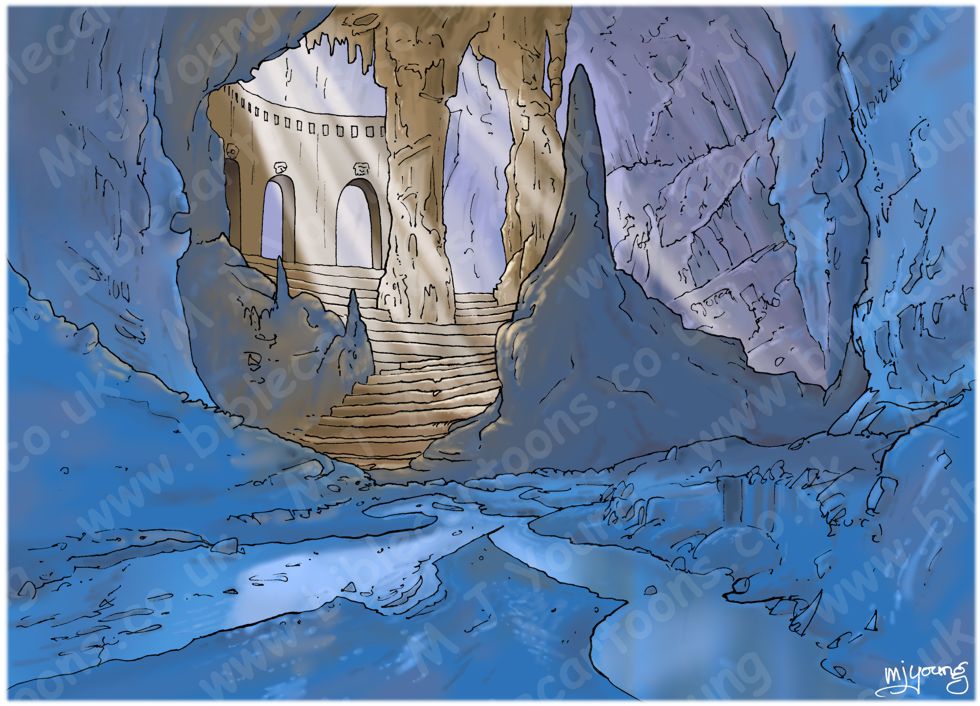 I have worked 3 lion’s heads into the stone work of the curving entrance court wall, where the light is coming from. The lion is symbolic of Jesus, the lion of Judah (See below.) 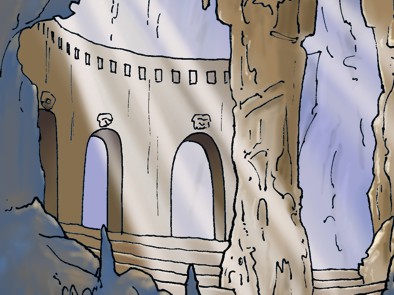 I set my camera up & took time-delayed photo’s of myself in a robe, to get some reference for the figures in this scene. I am particularly pleased with the foreground fallen angel on the left. That look of barely suppresses rage has come out very well. Who’d have thought I could look like that! Being a Christian I DEFINITELY do not identify with fallen angels in any way!
I am pleased with the depiction of the chains in this scene; they took quite a while to draw & colour up! The chained bat-like wings seem to work well, creating a feeling of restraint that can not be overcome, for these misguided beings.

Who was this Jude?
There seem to be 3 possibilities as to the letter writer’s identity:
1. Judas, a half brother of Christ, a son of Joseph and Mary after Jesus was born.
The term “servant” (in verse 1) would be fitting in light of the fact that at first Jesus’ brothers did not believe in Him (see John 7:5.) But later they saw the resurrected Christ and were convinced (see Acts 1:14). Among these people was this Judas, who did not consider himself worthy to call himself a “brother” but just a “servant” of Jesus the Christ, possibly because of that earlier doubt.