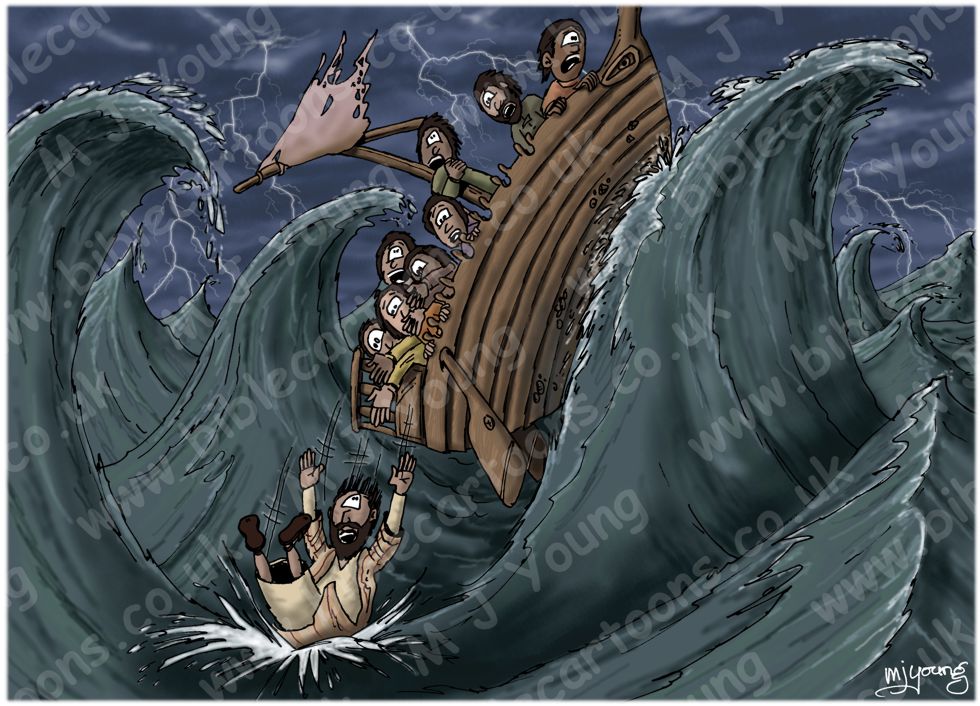 Jonah 1:7-16 (NLT)
7 Then the crew cast lots to see which of them had offended the gods and caused the terrible storm. When they did this, Jonah lost the toss. 8 “What have you done to bring this awful storm down on us?” they demanded. “Who are you? What is your line of work? What country are you from? What is your nationality?”
9 And Jonah answered, “I am a Hebrew, and I worship the LORD, the God of heaven, who made the sea and the land.” 10 Then he told them that he was running away from the LORD. The sailors were terrified when they heard this.
“Oh, why did you do it?” they groaned. 11 And since the storm was getting worse all the time, they asked him, “What should we do to you to stop this storm?”
12 “Throw me into the sea,” Jonah said, “and it will become calm again. For I know that this terrible storm is all my fault.”
13 Instead, the sailors tried even harder to row the boat ashore. But the stormy sea was too violent for them, and they couldn’t make it. 14 Then they cried out to the LORD, Jonah’s God. “O LORD,” they pleaded, “don’t make us die for this man’s sin. And don’t hold us responsible for his death, because it isn’t our fault. O LORD, you have sent this storm upon him for your own good reasons.”
15 Then the sailors picked Jonah up and threw him into the raging sea, and the storm stopped at once! 16 The sailors were awestruck by the LORD’s great power, and they offered him a sacrifice and vowed to serve him.

LIGHTING NOTES:
Lightning is the main source of light in this scene.

RESEARCH/ADDITIONAL NOTES:
This cartoon was drawn whilst we were on holiday in Anglesey, North Wales (August 2009.)