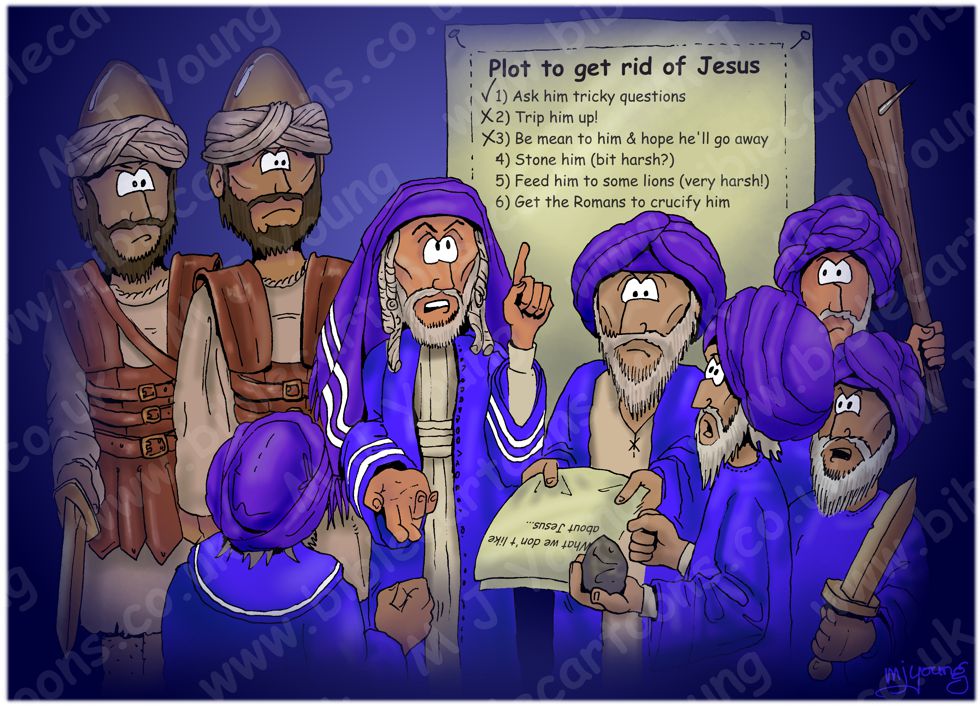 John 11:47-53 (ANIV)
45 Therefore many of the Jews who had come to visit Mary, and had seen what Jesus did, put their faith in him. 46 But some of them went to the Pharisees and told them what Jesus had done. 47 Then the chief priests and the Pharisees called a meeting of the Sanhedrin.
“What are we accomplishing?” they asked. “Here is this man performing many miraculous signs. 48 If we let him go on like this, everyone will believe in him, and then the Romans will come and take away both our place [3] and our nation.”
49 Then one of them, named Caiaphas, who was high priest that year, spoke up, “You know nothing at all! 50 You do not realise that it is better for you that one man die for the people than that the whole nation perish.”
51 He did not say this on his own, but as high priest that year he prophesied that Jesus would die for the Jewish nation, 52 and not only for that nation but also for the scattered children of God, to bring them together and make them one. 53 So from that day on they plotted to take his life.

TIME OF DAY:
Unknown – but perhaps night time, as the most evil plots are hatched then!

RESEARCH/ADDITIONAL NOTES:
In creating a design for the temple guards costumes I was inspired by the costume design from “The Passion” DVD!

In previous cartoons I had established the Pharisees as wearing dark blue/purple clothes. They are meant to look like a murderous lot of baddies in this cartoon!

It was after completng this cartoon that I thought I might need to write a “I’m not trying to offend” statement into my web site!!!

I had fun writing up the “plot to get rid of Jesus” notes on the wall!