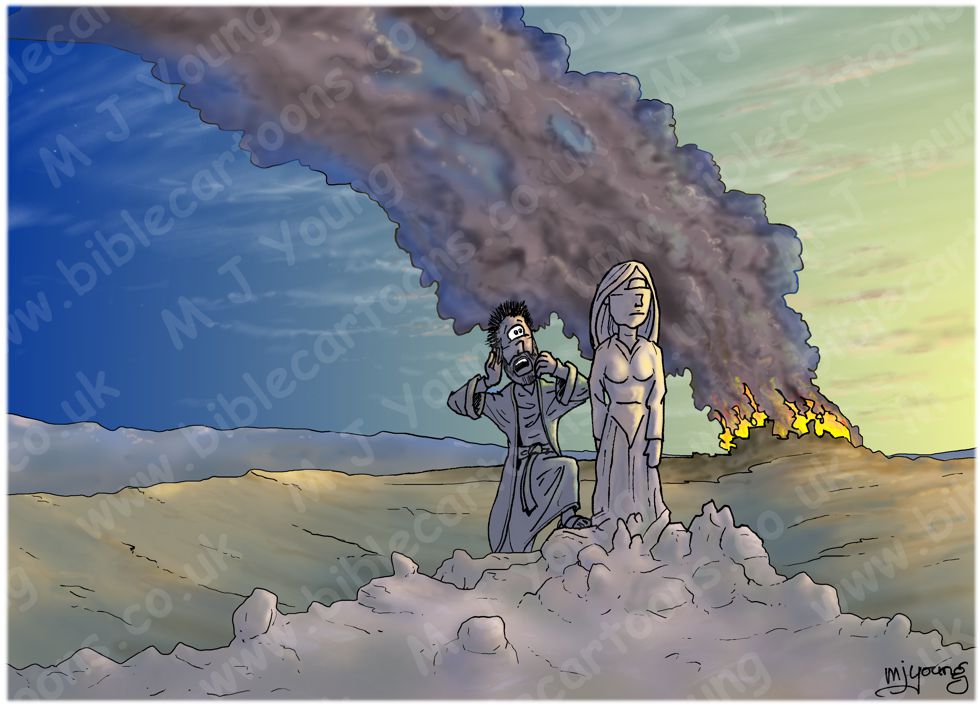 Genesis 19:26 (NLT)
But Lot’s wife looked back as she was following behind him, and she turned into a pillar of salt.

TIME OF DAY:
Verse 23 states that “The sun was rising as Lot reached the village (called Zoar, or Bela)” So this scene is just after sun rise.

LIGHTING NOTES:
The dominant light source is from the sun to the right & the fire from te burning cities.

CHARACTERS PRESENT:
Lot & his wife (now a pillar of salt).

RESEARCH/ADDITIONAL NOTES:
This was originally a design for one of my “Bad Day” mugs.

The Daybreak version has dark shadows in the foreground, which the Radiating version doesn’t have.

The Radiating version is so called because it has red lines which focus the viewer’s attention on Lot’s wife who has just been turned into a pillar of salt. The Daybreak version has these radiating red lines omitted.

Notice the small, pale stars in the sky on the left of the scene, almost invisible due to the rising sun’s rays.