Bible Cartoon: Exodus 12 - The Ten plagues of Egypt - The plague on the first born 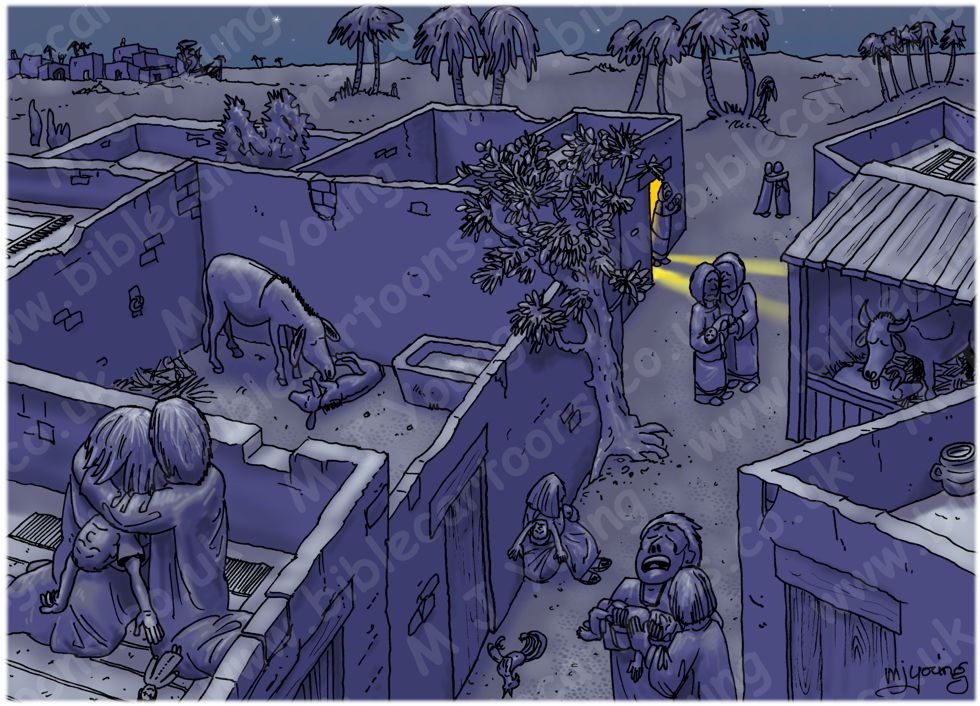 TIME OF DAY:
At Midnight.

LIGHTING NOTES:
The scene is lit by the moon, which is high in the sky. There is warm lamp or fire light spilling out of an Egyptian home as well.

CHARACTERS PRESENT:
Various Egyptian parents, holding their dead first born children in a village. There are also some distant figures in another village, on the horizon, standing on their roof tops & grieving.

We can also see a donkey & it’s foal in a courtyard on the left of the picture. And a cow with its calf on the right of the scene. The scriptures tell us that the first born of both humans & animals died, which you can see in this scene. The donkey & cow are nuzzling their dead offspring.

RESEARCH/ADDITIONAL NOTES:
This scene is entirely made up from my imagination, although I looked at reference photographs for the donkey, cow & olive tree in the centre of the picture.

I like monochromatic scenes. The dominant blue/violet colour unites the various elements of the scene into a single whole. I think the scene is rather sad… as I have had to depict all that loss & grief.

See the blog entry relating to this scene (December 2010) to see a close up of the grieving parents in the foreground. 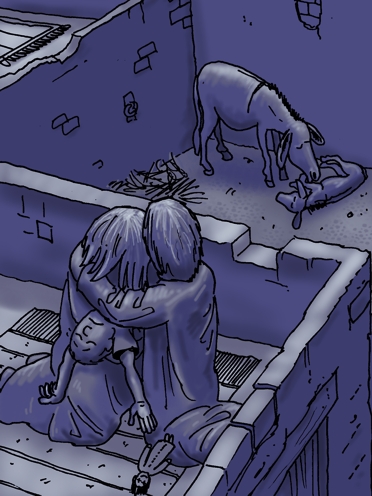 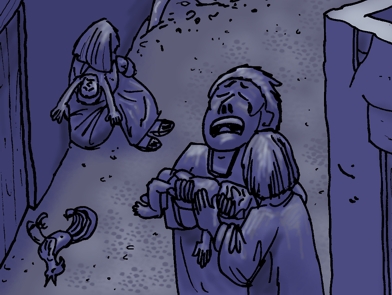 
Bible Doctrine Notes
12:29-42 HISTORY, Deliverance (3.32D)
The Exodus events delivered the Hebrew people from slavery in Egypt, and into the creation of a new nation. The events became the primary evidence of God’s ability and will in intervening in history for the nation of Israel. The exodus was not limited to Israelites; other nationals left with them, showing again God’s universal purpose and interest.