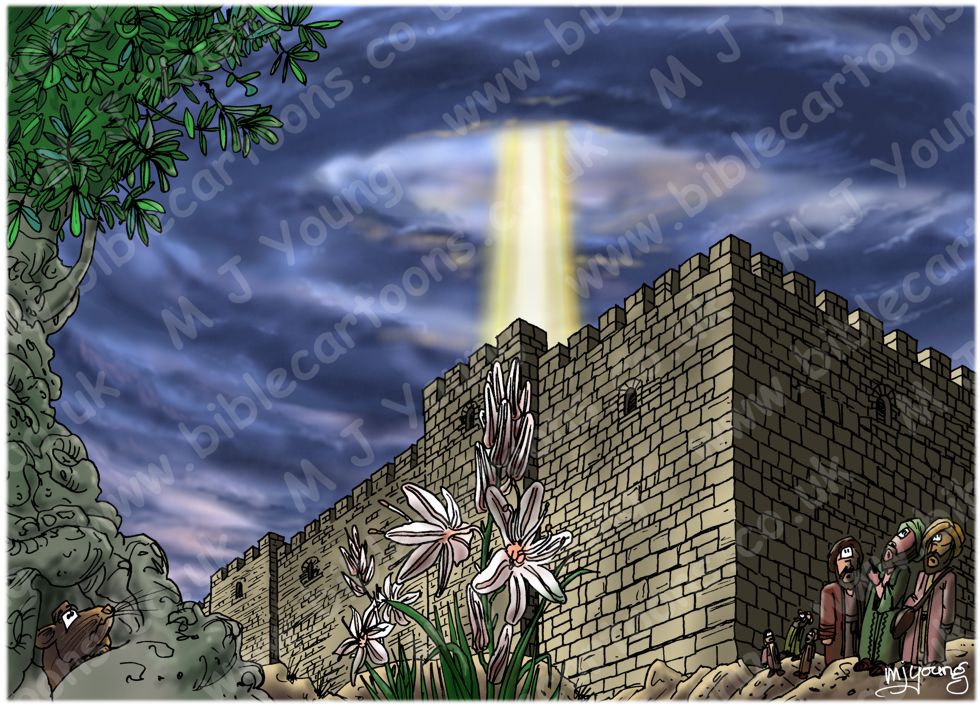 Acts 2:1 (NLT)
On the day of Pentecost, seven weeks after Jesus’ resurrection, the believers were meeting together in one place.

LIGHTING NOTES:
The main light source for this scene comes from the beam of light descending from heaven into Jerusalem.

RESEARCH/ADDITIONAL NOTES:
This scene is set at the same time as the previous illustration, but seen from outside the walls of Jerusalem. As with the previous picture, the scriptures tell us there was “a sound from heaven like the roaring of a mighty windstorm in the skies” it doesn’t say there was anything more than a sound. I have used artistic licence in adding the visual element of a bright beam of light, since I can’t show a sound in a picture very well!

The tree on the left is an Olive tree (Olea europaea.)

The flowering plant in the middle of the picture is Branched or White asphodel (Asphodelus ramosus) which grows throughout the Holy Lands. It actually flowers between January & April.

You may notice that there is a small rodent in the base of the olive tree. It is a Brandt’s hamster (Mesocricetus brandti.)