Just read Proverbs 3:31-32 (NLT), which reads:
31 Don’t envy violent people or copy their ways.
32 Such wicked people are detestable to the Lord, but he offers his friendship to the godly.
You can read other versions below [1]

As I thought about this proverb, I wondered about the ‘heroes’ I have. The no.1 position is Jesus… no surprises there! And He wasn’t a violent man at all.

Who are some of my other heroes?

My wife (an excellent example of a mature Christian, with a lovely, gentle faith)
Katherine Ruonala (Australian preacher, who shows the love of God as well as preaching it)
C. S. Lewis (Writer & inventor of Narnia, a parallel of Christianity)
Vincent van Gogh (Painter)
John Martin (Apocalyptic Painter)
Arthur Rackham (Illustrator)
Anne Sudworth (Modern Painter, alive today)
There are lots of others!… 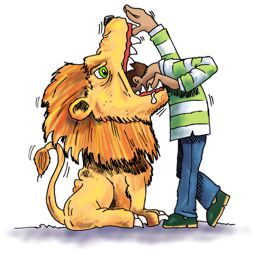 You know, when we look at the men & women in films & TV shows, more often than not, they ARE violent, & we (even secretly) do admire them.

In my defence, I would say that it is not the violence of these characters that I admire, it is the determination, courage, personal conviction, skill & single-mindedness that they portray that are the real characteristics that I so admire.
It is Neo’s determination to keep getting up, when repeatedly knocked down by Agent Smith in “Matrix Revolutions”, which I admire, not the fighting.
It is Aragon’s & Gandalf’s obvious determination to fight the forces of evil to the bitter end, which I admire. The fact that this determination requires physical (often brutal) fighting is not the really admirable bit!
How could the Terminator (a cyborg killing machine!) be a ‘hero?! Well, again, it isn’t the violent fighting in the films which I admire, it is the single-mindedness, the absolute determination to complete the task at hand, which I like… OK, so the Terminator is programmed, so it pretty much has to do what the program calls for, but I still saw it as a kind of determination!
I suppose I have always felt that I personally buckled under pressure, & so I admire characters that do not do that, come what may, including there own demise!

Maybe we do admire determination, courage & these other characteristics. But even then, if these characters’ determination & courage (which is admirable) is expressed in violent behaviour (which is not admirable) then that raises the question, should we have these folk as ‘heroes’ at all? Proverbs 3:31 (NLT) seems to me to be pretty clear on this point, for it states, ‘Don’t envy violent people or copy their ways.’
I definitely DO NOT want to copy anyone’s violent behaviour, even so called ‘heroes’ of mine! The end never justifies the means: we can never justify violent behaviour, no matter what the provocation or expected solution we are aiming for. I’m sure that when God judges us, if we have employed violence to achieve our goals or aims, then He will take a very, VERY dim view of that. Just look at the mediaeval Crusades, for example. I’m sure no Crusading knight is going to be able to stand in front of Jesus (the King of Peace) & say, “We fought & killed to further your cause.” That kind of “logic” just isn’t going to fly with Him! There may well be quite a few surprised people in the queue of people being judged by the Prince of Peace!

Returning to the Bible, look at Proverbs 3:32… it says God detests violent people. Obviously God does not expect us to model our behaviour on violence, but on peace. If you read the Bible with this idea in mind, you will find many, many references to what God requires of us: peace. We can infer then that Godliness is in part also peacefulness. And that God wants us to be peaceful, peace-loving, peace-honouring people. That idea is backed up by Jesus’ own words in Matthew 5:39 (NLT), ‘But I say, do not resist an evil person! If someone slaps you on the right cheek, offer the other cheek also.’
And when it came to Jesus arrest & questioning, He submitted Himself to insults, blows, torture & eventual execution, without EVER offering threats or violence to anyone else. So if Jesus is really our no.1 hero, then shouldn’t we follow His lead & be peace-loving too? I know that’s what I aspire to. 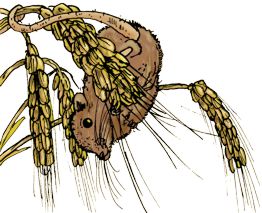 [1]
Proverbs 3:31-32 (NLT)
31 Don’t envy violent people or copy their ways.
32 Such wicked people are detestable to the Lord, but he offers his friendship to the godly.

Proverbs 3:31-32 (ANIV)
31 Do not envy a violent man or choose any of his ways,
32 for the Lord detests a perverse man but takes the upright into his confidence.

Proverbs 3:31-32 (AMP)
31 Do not resentfully envy and be jealous of an unscrupulous, grasping man, and choose none of his ways.
32 For the perverse are an abomination [extremely disgusting and detestable] to the Lord; but His confidential communion and secret counsel are with the [uncompromisingly] righteous (those who are upright and in right standing with Him).

Proverbs 3:31-32 (MSG)
31 Don’t try to be like those who shoulder their way through life. Why be a bully?
32 “Why not?” you say. Because God can’t stand twisted souls. It’s the straightforward who get his respect.