I’ve just finished colouring my latest cartoon. It’s more of an illustration than a cartoon really, since I haven’t included any people, animals, or other obviously cartoon-like elements. The scene shows God’s heavenly fire raining down on the cities of the valley of Siddim, or the cities of the plain. These were not cities as we might think of them: vast metropolises containing millions of inhabitants. They were more like our modern-day towns, at least in the numbers of their inhabitants. These “cities of the plain” had come under God’s scrutiny, since their inhabitants were behaving with wickedness & deep sin. Genesis 18 informs us that God himself came down to earth to view them. He discussed their condition with Abraham…

Genesis 18:20-21 (NLT)
So the LORD told Abraham, “I have heard that the people of Sodom and Gomorrah are extremely evil, and that everything they do is wicked. I am going down to see whether or not these reports are true. Then I will know.”

Of course God already knew the condition of these cities. He wouldn’t be omniscient (all-knowing) if he actually had to descend to the earth to find something out! Rather it seems that God wanted a conversation with Abraham, about the hope of finding any righteous men in the cities of the plain. In the end it seems that only Abraham’s nephew Lot can be regarded as righteous in God’s eyes, as he alone escapes the destruction of the cities.

I wanted to show the astonishing scene of the heavenly fire descending out of the sky & falling onto the plain of Siddim. I imagined the incredible, scorching heat of the blasts, as they fell on the cities. I imagine it could have looked something like atomic weapons exploding: a blinding flash of light, followed by plumes of smoke & fire.
The power of God is not to be taken lightly.

Below is the tonal (greyscale) picture & the finished, coloured illustration. 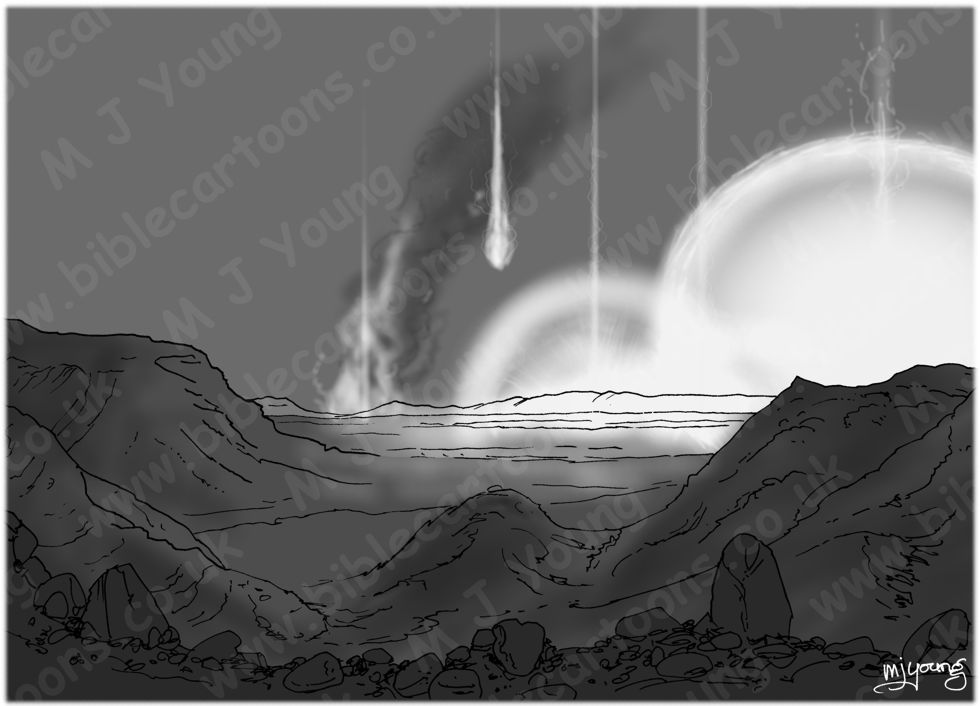 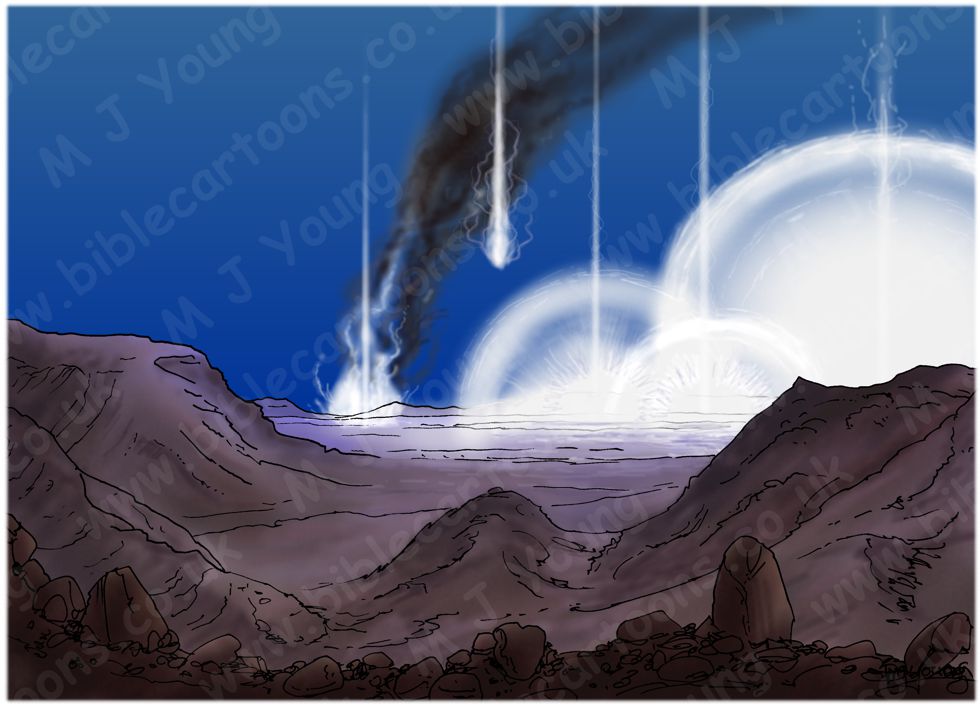 Follow this link to see this Bible Cartoon on the BC Gallery page, with download & purchase options:
Bible Cartoon: Genesis 19 – Sodom & Gomorrah – Scene 08 – Fire from Heaven