Time for a review of how we did in 2017… this rolls around very quickly – was it really a year ago that I did this last time?!

I’d like to thank all our wonderful customers for supporting Bible Cartoons in 2017 – you are the best!

Here are a few facts and figures to help define how we did in 2017, our most successful year to date – praise the Lord!

Highest Old Testament viewing figure from 2010-end 2017
Our most viewed Old Testament Bible Cartoon was Exodus 08 – the ten plagues of Egypt – Plague of frogs with 8,696 views, on the BC website itself.

We also display Bible Cartoons on Flickr!, Pinterest & in other social media locations.
Our most viewed Old Testament Bible Cartoon (on the Flickr! BC website) was Exodus 08 – the ten plagues of Egypt – Plague of frogs with 16,897 views.

Highest New Testament viewing figure from 2010-end 2017
Our most viewed New Testament Bible Cartoon was Matthew 04 – The temptation of Jesus – Scene 05 – Mountain with 2807 views, on the BC website itself.

Our most viewed New Testament Bible Cartoon (on the Flickr! BC website) was Luke 01 – Births foretold – Scene 01 – Luke writing, with 13,760 views.

We sell individual cartoons, but also groups (or sets) of related cartoons, with a discount applied for bulk purchase. We started selling sets of BC’s in 2014 & have had year-on-year increases in sets sales since then.

This year I’ve been assessing how each month’s SALES VALUE *1 of Bible Cartoons compares to all months in all previous years’ records. I can report that 4 of the 12 months in 2017 produced sales values of Bible Cartoons higher than any corresponding month since records began in 2010 – wow! 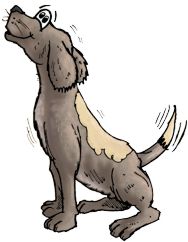 Bible Cartoon Maps
In March 2017 the BC Maps pages went live, which show a variety of locations mentioned I the Bible.
I managed to sell 7 Maps in all in 2017… a slow start but I hope they will become more popular over time.

CUSTOMERS
We had 145 new customers in 2017, more than in any other year ever… news about Bible Cartoons must be getting around!

54.5% of all sales in 2017 were to customers who have bought Bible Cartoons at least once before (Returning Customers), so we have a very loyal band of people who keep coming back to get more pictures – thank you all!

We had our first ever customers from the state of Maine in USA in June 2017. I’ve been praying fo a customer from that state for a while now – hurray that someone is now on-bard with us! We now have customers in 43 of the 59 States/Districst of the US now – go America!

You can see all of these drawings by following this link:
Bible Cartoon by year – 2017

Additional Notes.
At the end of October 2017 I started to edit the signature & watermark that I put on every single Bible Cartoon, & re-upload them to the BC server. This is a MASSIVE job, since there are 640 cartoons to alter! To date I have managed to alter 33% of the Bible Cartoons. I think this will probably take me another 4-6 months to complete! 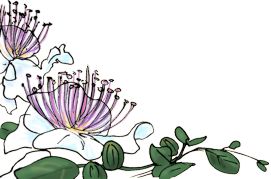