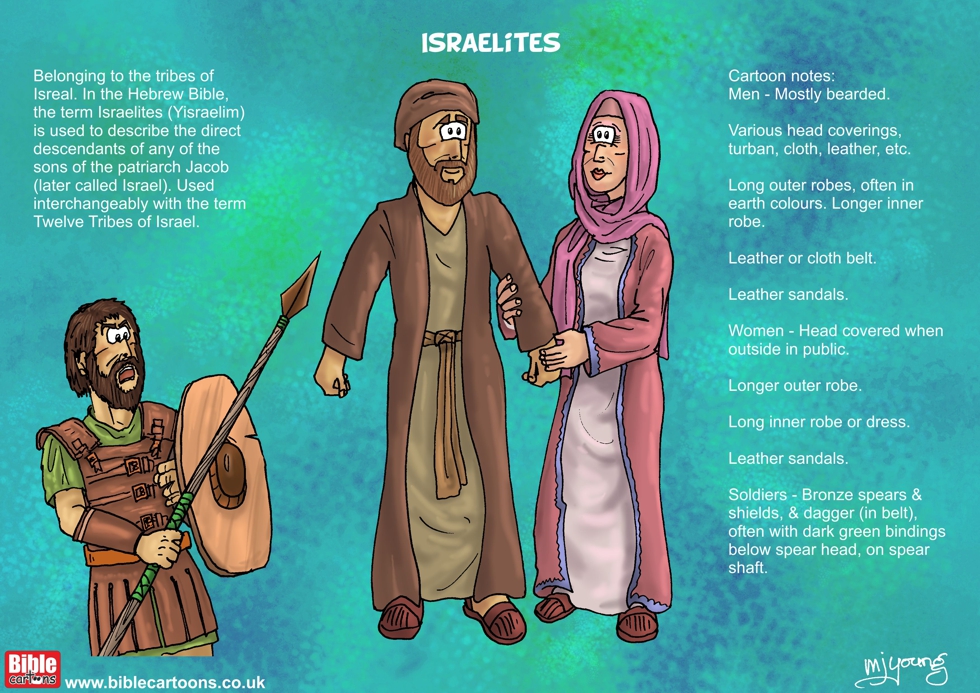 This is my character sheet, or design specification, for the Israelites. The purpose of this sheet is to keep a record of the attributes or characteristics of my drawing, so that I can draw a similar-looking cartoon in all future scenes including Israelites.

In the Hebrew Bible, the term Israelites (Yisraelim) is used to describe the direct descendants of any of the sons of the patriarch Jacob (later called Israel). Used interchangeably with the term Twelve Tribes of Israel.

Although related, the terms “Hebrews”, “Israelites”, and “Jews” are not interchangeable in all instances.

During the period of the divided monarchy, “Israelites” was only used to refer to the inhabitants of the northern Kingdom of Israel, and it is only extended to cover the people of the southern Kingdom of Judah in post-exilic usage.