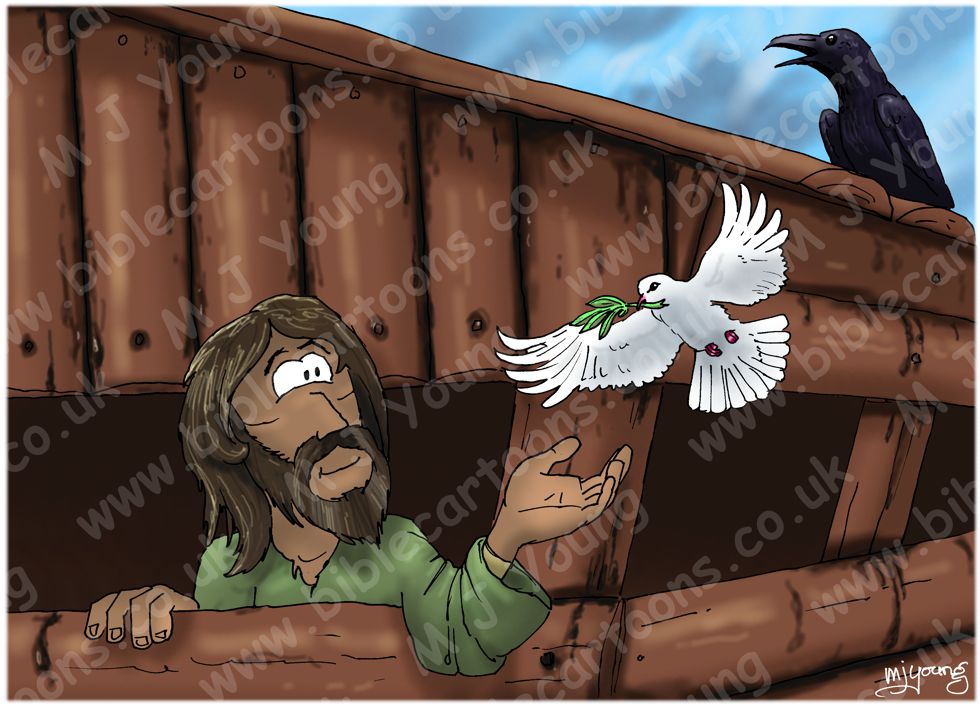 Genesis 8:6-12 (NLT)
6 After another forty days, Noah opened the window he had made in the boat 7 and released a raven. The bird flew back and forth until the floodwaters on the earth had dried up. 8 He also released a dove to see if the water had receded and it could find dry ground. 9 But the dove could find no place to land because the water still covered the ground. So it returned to the boat, and Noah held out his hand and drew the dove back inside.
10 After waiting another seven days, Noah released the dove again. 11 This time the dove returned to him in the evening with a fresh olive leaf in its beak. Then Noah knew that the floodwaters were almost gone.
12 He waited another seven days and then released the dove again. This time it did not come back.