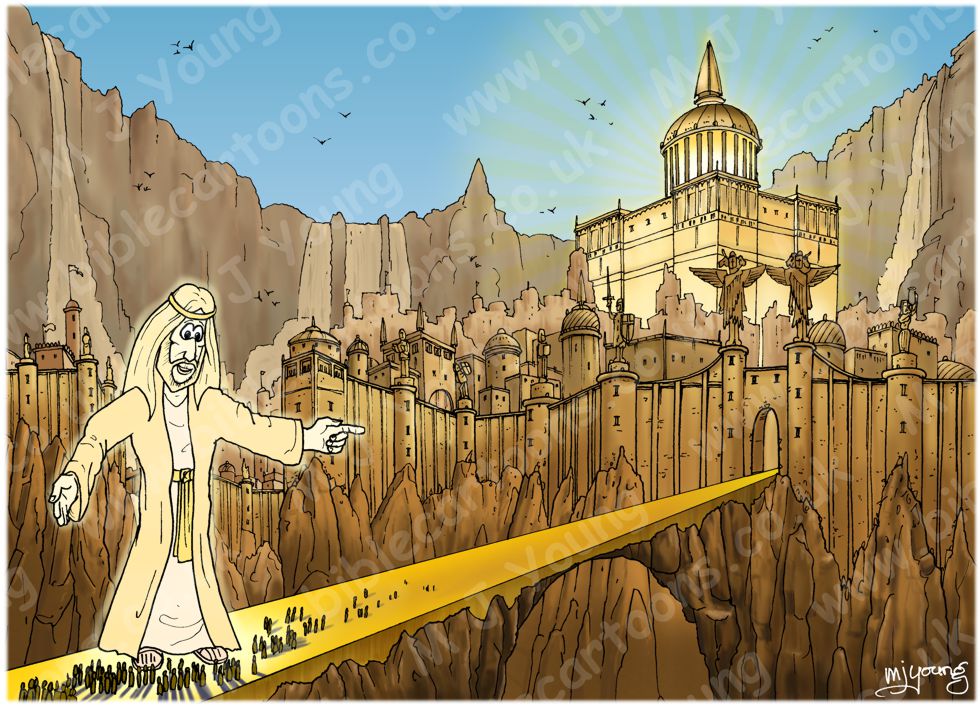 LIGHTING NOTES:
There is a glow surrounding Jesus on the golden road bridge, which creates cast shadows behind the little Christian figures at his feet.
The is a heavenly golden glow over the city, particularly concentrated in & around the large central building, which is something like a palace.
Verse 11 tells us “It [the city] shone with the glory of God and sparkled like a precious stone…”

CHARACTERS PRESENT:
Jesus the Christ, many Christians on the golden road bridge.

02) (This page) Revelation 21 – New Jerusalem – Scene 06 – City & gates [Blue sky].
The only difference between these versions is the sky colour.

This scene was designed for UW Sports, a Christian camp & sports ministry in Colorado, USA. Their brief was to illustrate a heavenly city, with Jesus beckoning people in.

I found a particularly striking golden city painting which I really liked, on the internet. I have designed my own architecture & layout of surrounding walls in this scene, but the colour scheme is reminiscent of the picture I found.

I wanted the tall Jesus figure to be glowing with divine power, & with arms open to welcome Christians into the city.

Verse 21 tells us that “…the main street was pure gold, as clear as glass.” You’ll notice that the road into the city is gold coloured for this reason.

Verse 22 informs us “I saw no temple in the city, for the Lord God Almighty and the Lamb are its temple” so I knew I couldn’t draw a temple-like structure in my scene! However I decided I needed a second source of light, bathing the whole city in its golden glow, which you can see is coming from within the large palace-like building, in the heart of the city. 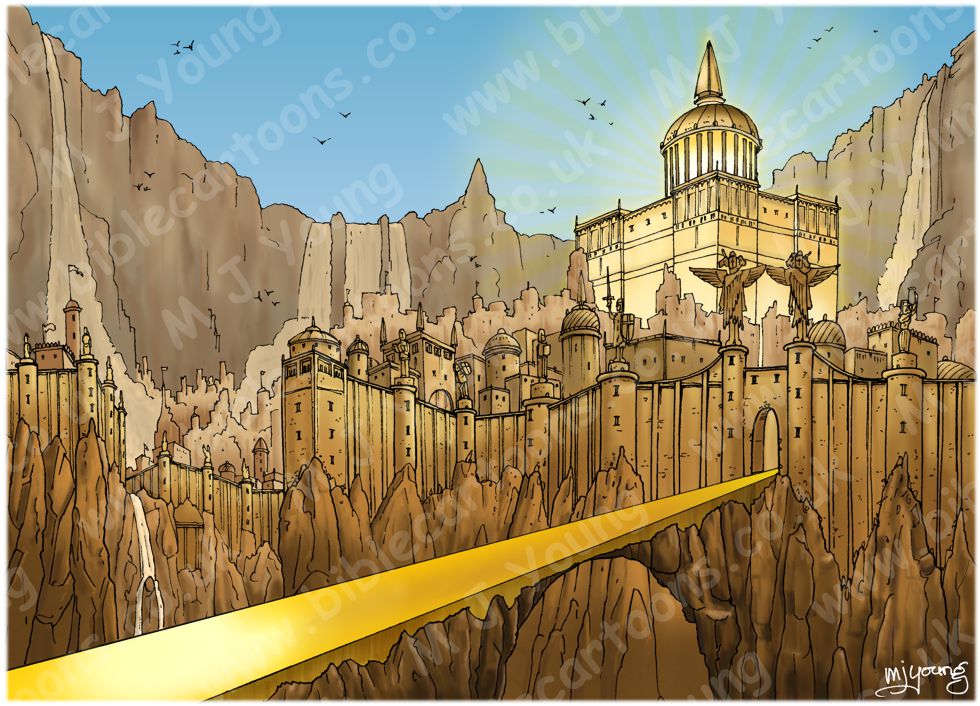 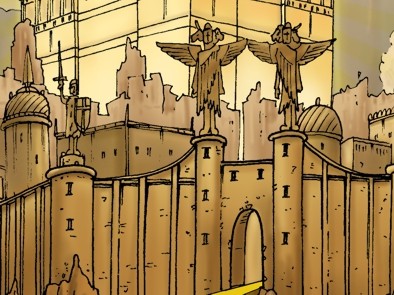 Revelation 21 – New Jerusalem – Scene 06 – City & gates – PARTIAL
Here’s a close-up of the cherubim statues that stand guard over the entrance to the heavenly city. 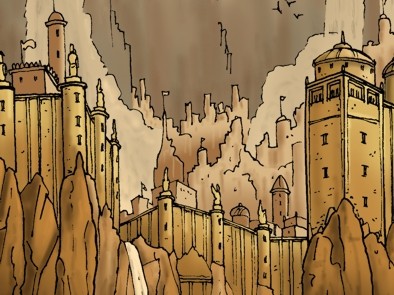 Revelation 21 – New Jerusalem – Scene 06 – City & gates – PARTIAL 01
Here’s a close-up of some of the city which is obscured by Jesus in the finished picture. 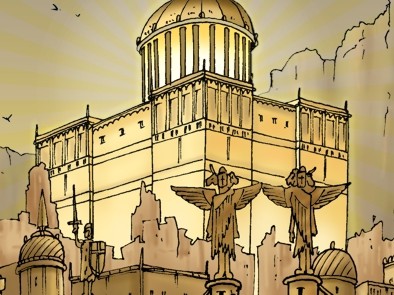