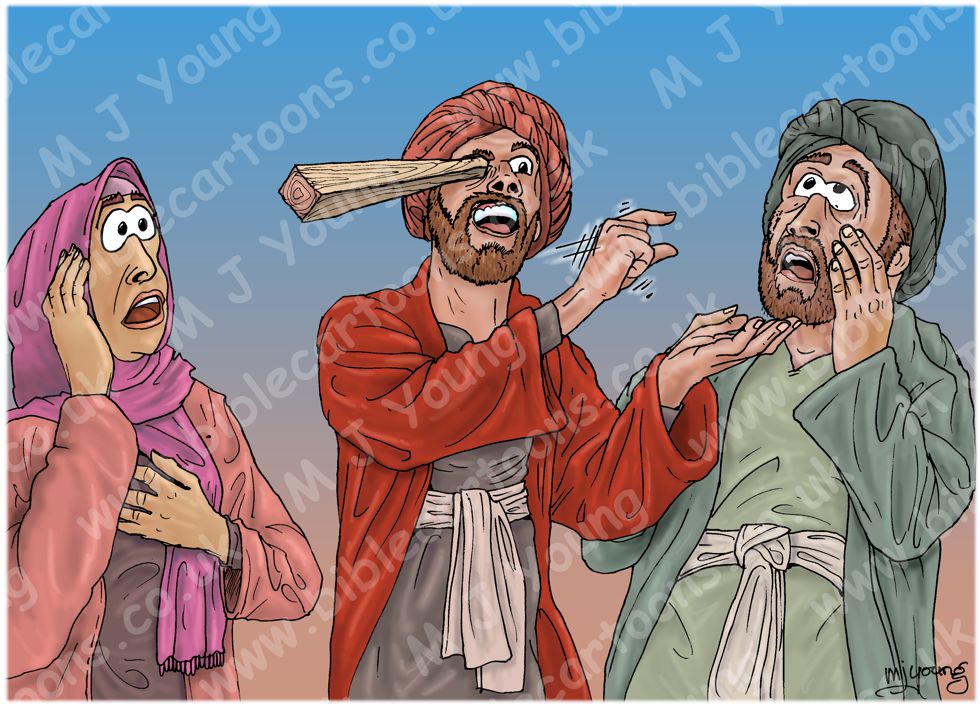 LIGHTING NOTES:
Simple lighting from the right illuminates this scene.

CHARACTERS PRESENT:
From left to right: a Hebrew woman shocked by the scene, a man with a plank in his eye, trying to get a speck out of his brother’s eye.

This is a very literal version of the scene Jesus was describing. It shows a man trying to take the speck of sawdust from another man’s eye, whilst having a plank of wood in his own! Jesus was here describing a hypocritical attitude of mind which the Pharisees of his day had & which we all can have quite easily!