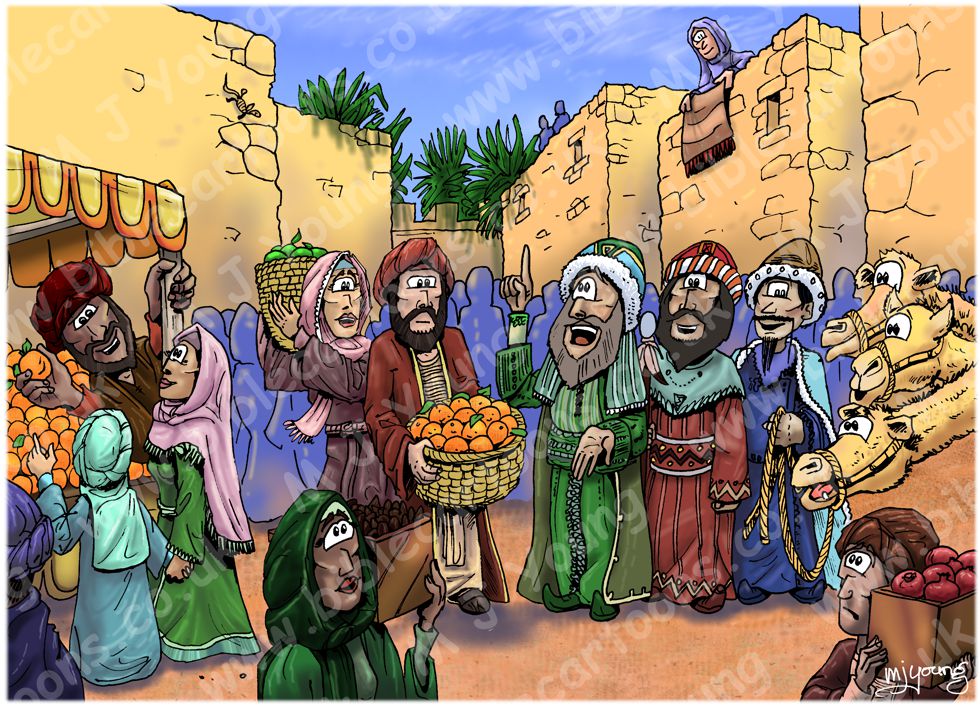 Matthew 2:1-2 (NLT)
1 Jesus was born in the town of Bethlehem in Judea, during the reign of King Herod. About that time some wise men [1] from eastern lands arrived in Jerusalem, asking, 2 “Where is the newborn king of the Jews? We have seen his star as it arose, [2] and we have come to worship him.”

LIGHTING NOTES:
This scene is set in a market, in the city of Jerusalem. The sun provides the main light source, coming from above the scene.

RESEARCH/ADDITIONAL NOTES:
Three wise men? * Although the Bible doesn’t specify that there were three wise men, some Bible scholars have reasoned that the three gifts (gold, frankincense and myrrh) might indicate three wise men. I have illustrated the scene with three wise men, or Magi, as they are also called.

The design for the wise men’s features, robes and colour schemes was established in the Matthew 02 – The Nativity – Scene 07 – Herod & 3 wise men cartoon, created in Dec 2009.

I made the background people simple blue/purple outlines, to keep the viewers focus on the wise men and foreground action. 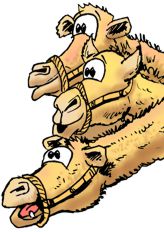