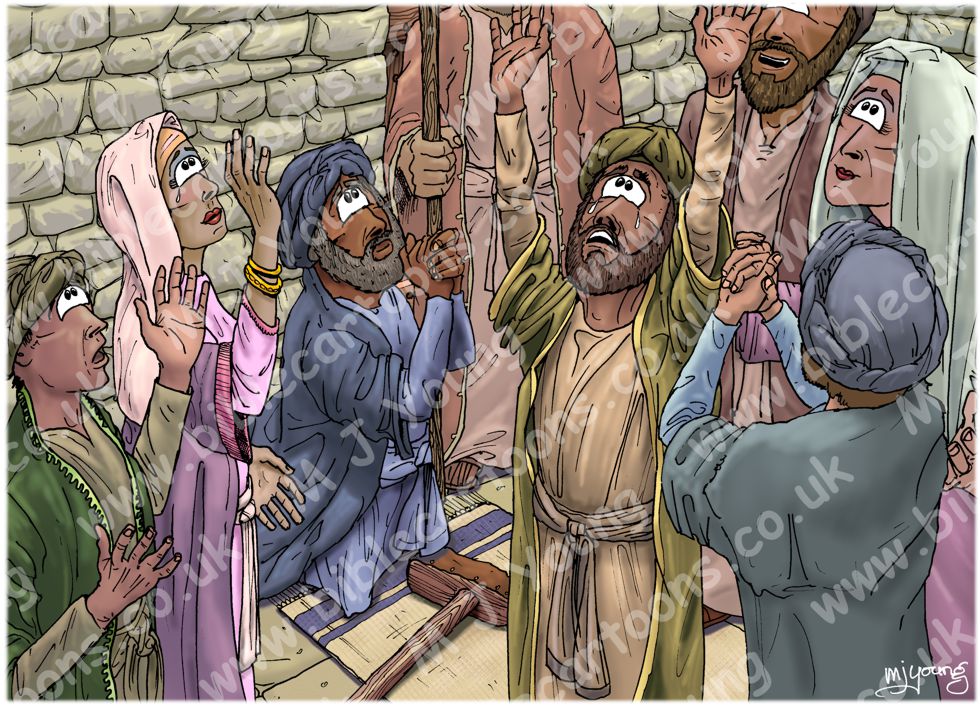 Acts 2:42-43 (NLT)
42 They [those who believed the gospel message] joined with the other believers and devoted themselves to the apostles’ teaching and fellowship, sharing in the Lord’s Supper and in prayer.

The believers meet together
43 A deep sense of awe came over them all, and the apostles performed many miraculous signs and wonders.

LIGHTING NOTES:
Sunlight diffuses into this scene from above.

RESEARCH/ADDITIONAL NOTES:
I decided not to have any of the Apostles in this scene, instead I have un-named Christian believers, representing the thousands of new converts to Christianity. They are seen here praying for a man (who has his hands in the air, praising God) who has just been healed of some kind of lameness. I wanted to show the great outpouring of God’s kindness, grace & miracle-working power in this scene.

There are two slightly different versions of this scene. In the other version (called Acts 02 – Pentecost – Scene 11 – Miracles & Awe (Sunlight version) I have indicated God’s blessing, favour & miraculous power falling on the believers by including a light coming from above.

I really enjoyed drawing the characters in these scenes. I had to take various photographs (of myself!) in order to figure out how to draw the arms, legs, clothing folds & poses of the figures. Some of the stances are quite complicated to draw after all!

In reference to Acts 2:32, The Bible Commentary [*1] gives us some idea of what sort of signs & wonders were wrought by the early Christians: The words terata, sēmeia & dynameis are used in the original Greek translation of the New Testament, to indicate these signs & wonders. These three Greek words mean, “miracles evoking awe”, “miracles pointing to a divine truth” & “works of power” respectively.

The Bible Commentary also gives us the purpose behind these signs & wonders, in that they showed &/or proved the authenticity & truth of what the apostles were preaching & the early Christians encountered & saw for themselves. 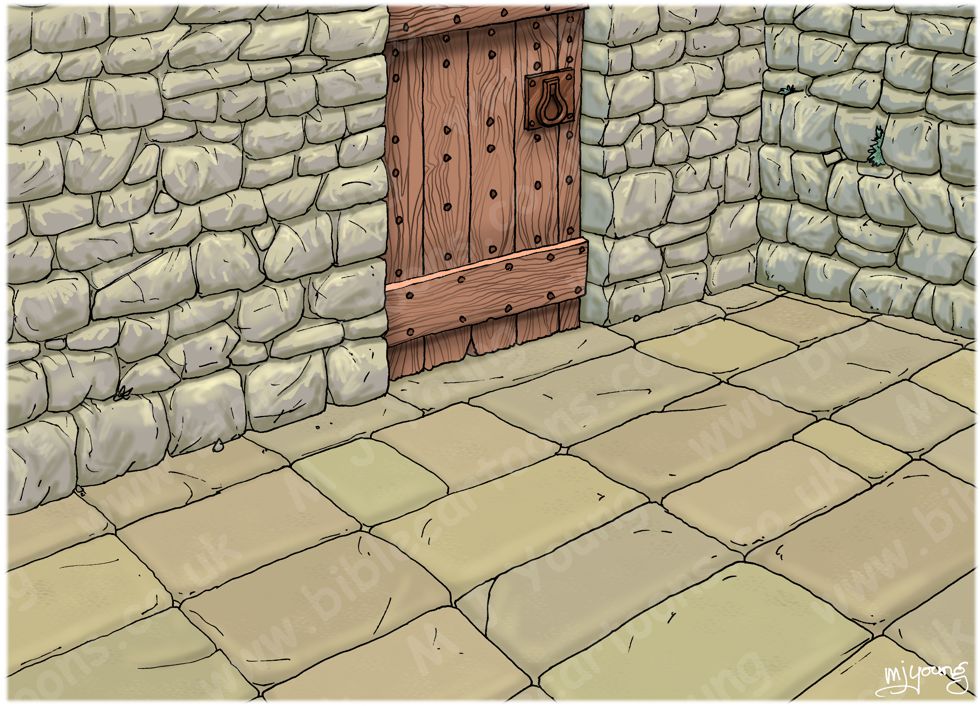