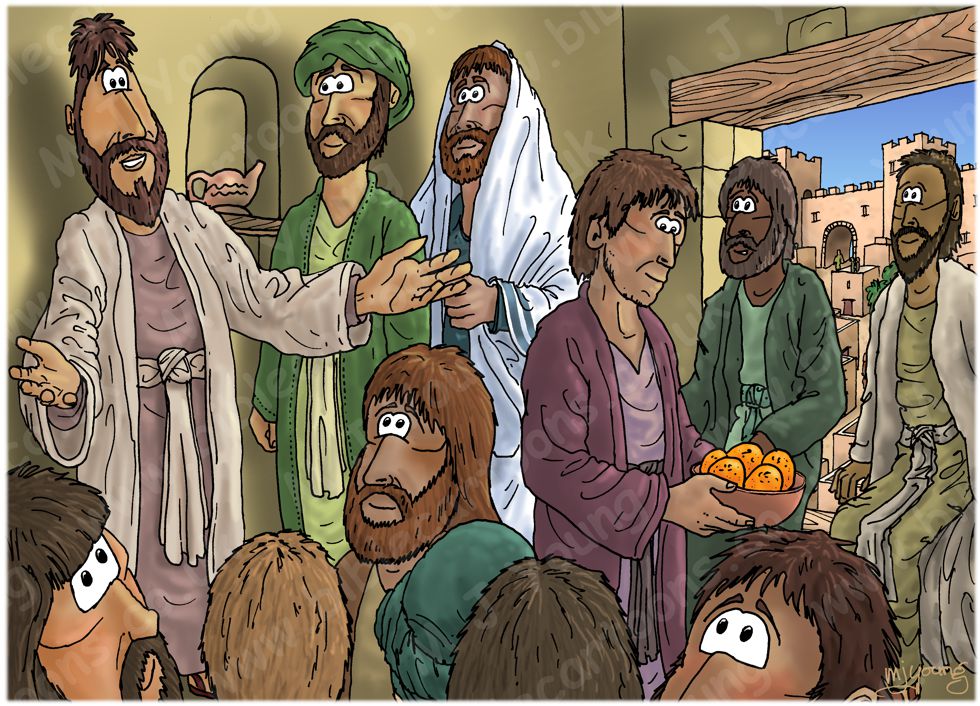 Acts 1:15-17 (ANIV)
15 In those days [when all the disciples were together in Jerusalem] Peter stood up among the believers [1] (a group numbering about a hundred and twenty) 16 and said, “Brothers, the Scripture had to be fulfilled which the Holy Spirit spoke long ago through the mouth of David concerning Judas, who served as guide for those who arrested Jesus— 17 he was one of our number and shared in this ministry.”

LIGHTING NOTES:
The sun (un seen, high in the sky) illuminates this scene & is entering the room via the window, casting shadows to the left of the figures.

CHARACTERS PRESENT:
Various un-named disciples & believers.
Simon/Peter is on the left in pale outer robe, with hands raised, beginning to speak to the assembled believers. James/Cleopas (son of Alphaeus) is the man in the left foreground. John (son of Zebedee) is the man with large brown beard, in the middle of the scene, looking at Simon/Peter. Bartholomew/Nathaniel is the man in the right foreground, looking at Simon/Peter. Thomas/Didymus is the man sitting down on the windowsill, on the right (there is an un-named disciple also sitting on the windowsill, next to him).

RESEARCH/ADDITIONAL NOTES:
This is a simple scene, showing Simon/Peter beginning to speak to the other disciples & believers in an upper room where they all met together.

Out of the window we can see a view across the city of Jerusalem, quite like the one in the previous scene entitled “Acts 01 – Matthias replaces Judas – Scene 01 – Apostles return to Jerusalem”. Typically Hebrew architecture included narrow windows, which allowed ventilation, but kept out intruders. I don’t think large, open windows were a feature employed. However, I wanted to give a view over the city of Jerusalem, so I have included a large open window in this picture.

I thought I would include a young man carrying a bowl of oranges; he is meeting the needs of other believers in the room. There is also a small, unlit oil lamp in a wall alcove, to the right of Simon/Peter. 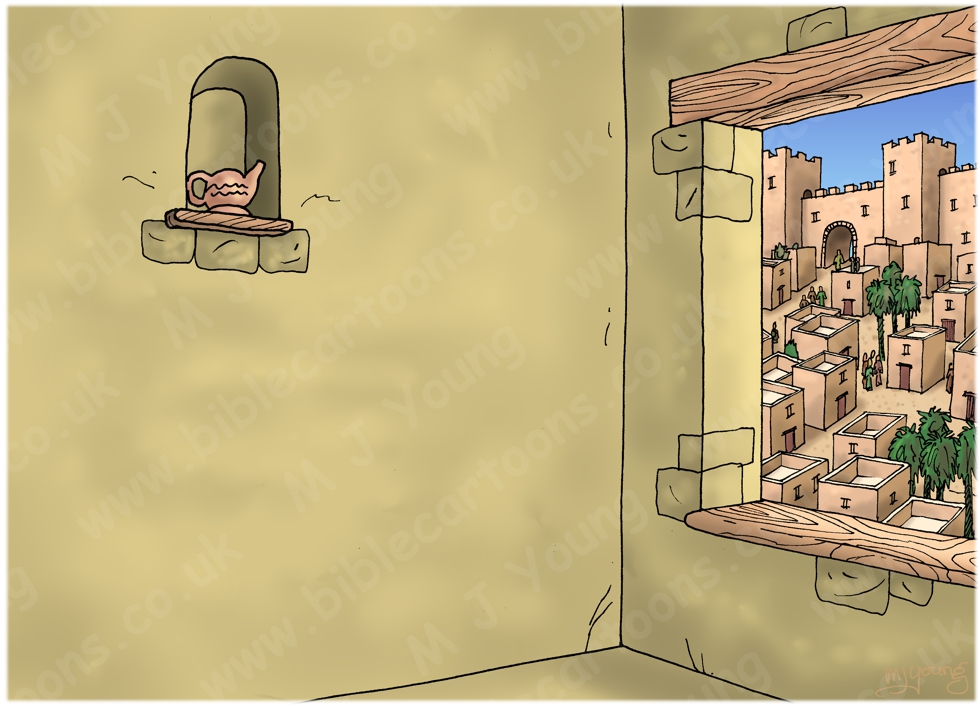